“The most important thing is that I want to have fun: creating sandwiches, mixing flavors, experimenting with sweet and spicy flavors.“ .

We opened on July 7th after doing a sneak opening a few days earlier. We were busy right away, I couldn’t believe it. Then again, we live above the restaurant, we own the building, so there was always a lot of buzz that the restaurant was coming. A lot of the excitement 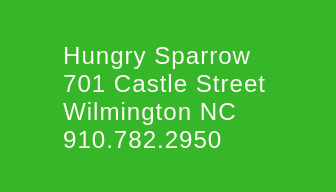 was generated by our neighbor, she knows a lot of people, and is really involved in the community. The word really got around fast.

We wanted to open earlier, but we had financial issues, because there was a lot more to getting started than we expected. We were going to make this a restaurant and next door an ice cream shop. We couldn’t do that. We could only do the restaurant because it was such a herculean task.

I love ice cream. Maybe it’s in the future. But right now, we leased that space to a local artist.

Restaurateur Wins Over IT

I used to work in New York City in the IT field. When I got my first job out of computer school, my boss was a real foodie, and we used to go to all the foodie hot spots in the City. We used to go to the Mesa Grill. That was my first exposure to a real foodie restaurant. He used to take me to Dawat restaurant (Dewat Haute Indian Cuisine), we used to just go all these hot places. Before that, I used to grab pizza or gyros on Broadway, so I never really sat down and enjoyed a meal.

I had always enjoyed cooking and that was something I did at home. When you want to impress girls, you have to have something else, besides a suit and tie, and a nice car… so I learned how to cook really exquisite meals. I learned to cook French, and German, and Indian. I cooked my wife a lemon chicken with pasta for one of our first dates. Who doesn’t go back to that! 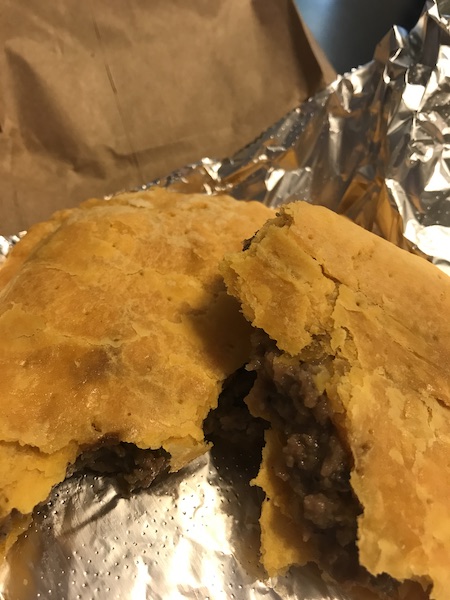 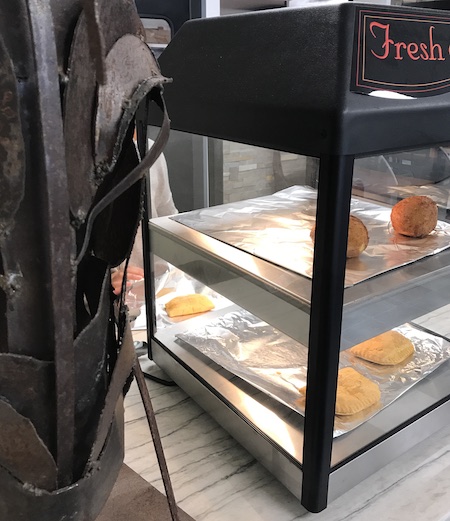 But, you know, we have the space and we have the big kitchen. My wife said, you should cook all the dishes that you love to cook at home. I love West Indian flavors; my dad is from Guyana, South America, and we eat curry almost daily. You yearn for those flavors if you grew up with them. At least once a week, I have to eat curry, even my license plate is a reference to curry. So that gives you an idea of how important curry is for me, and my wife insisted that it stay on the menu. And then, the rest of the menu is things that I cook at home: arroz con pollo, pernil – I love roasted pork – picadillo beef, my red beans. I had no idea my red beans would be so hot. I do them the Puerto Rican way, I soak them overnight and I cook them slowly. And, I make butternut squash. 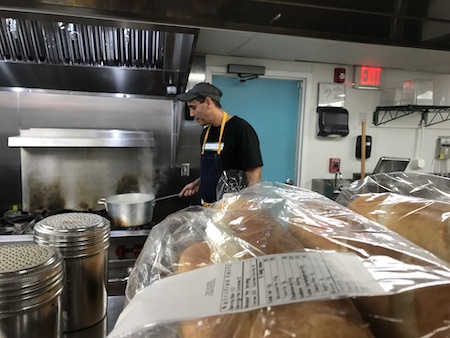 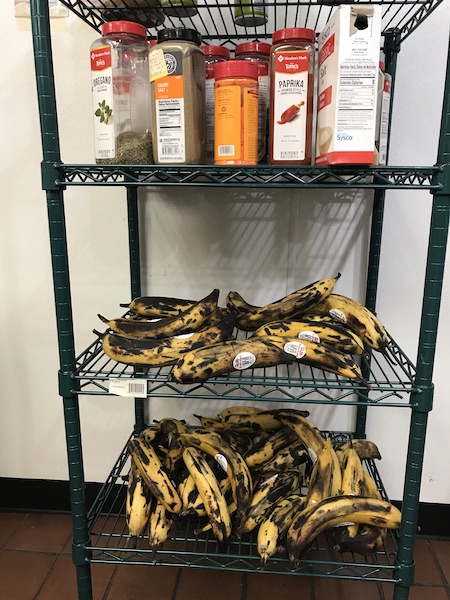 Nothing is brought in – 99% of the food here is made by hand, made from scratch. I get produce and everything locally. My plantains are so popular, I have to buy a case of green ones and a case of yellow ones every week to satisfy everyone.

When people come in, some are already familiar with the flavors and the foods that we serve. I made a Cuban sandwich for my friend across the street. He came the next day with an incredulous look on his face – I thought he was having a stroke! – and he was like “What was that sandwich you gave me yesterday!” And I said, that was a Cuban sandwich, he had never had it before! But, I grew up in New York and Miami, and for me, a Cuban sandwich is like a ham and cheese to everyone else.

At the same time I want to push a lot of these more complex dishes, because they are almost a hundred years old, and I want people to discover them.

I have some fun, too. I added two sandwiches: the Tropic Thunder steak sandwich, which is a classic Cuban bongo mystere, but instead of mayonnaise on the sandwich, I use my own garlic mayo – which is a vegan garlic mayo – that’s hilarious, vegan mayo on a steak sandwich! – and then I take my green plantains, lettuce, tomato, and onion, and I put it on the grill press. That’s a big hit – it’s never been done before. I eat the Tropic Thunder sandwich two or three times a week for breakfast here, that’s the great thing about having your own restaurant. I do the same exact sandwich with another new mayo that’s a chipotle lime mix, and the sweet ripe plantains, for a spicy-sweet flavor. The combination of sweet and hot is very traditional in Indian cooking. It makes a serious sandwich. People are going crazy for it. 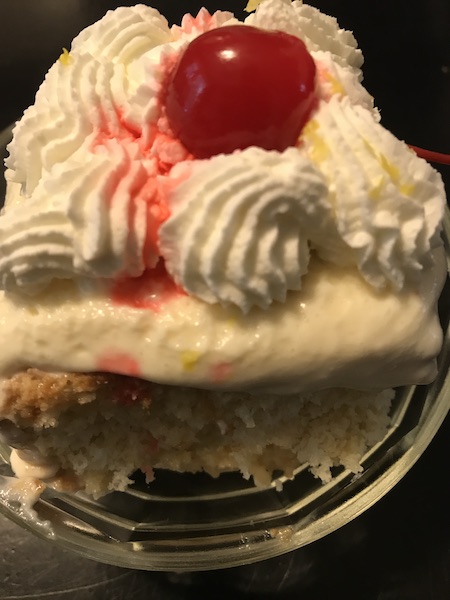 Don’t forget about desserts. I do a classic Cuban Tres Leches cake. I bake everything here, too. Before I opened Hungry Sparrow, I worked at many restaurants in Wilmington because I wanted to learn the fast food industry from the inside. When I was a kid in New Jersey, I worked at a fast food restaurant that served healthy stuff, felafel, smoothies, so I guess I got my start early. I got a kick out it then, and I still do.

In It to Win It

We are so busy, we had to make an effort to close on Sunday and Monday so that I don’t burnout. We used to be open six days a week, but now we are open for lunch and dinner, Tuesday through Saturday. Thank goodness I learned that right away, because I’m going to be here for a long time. 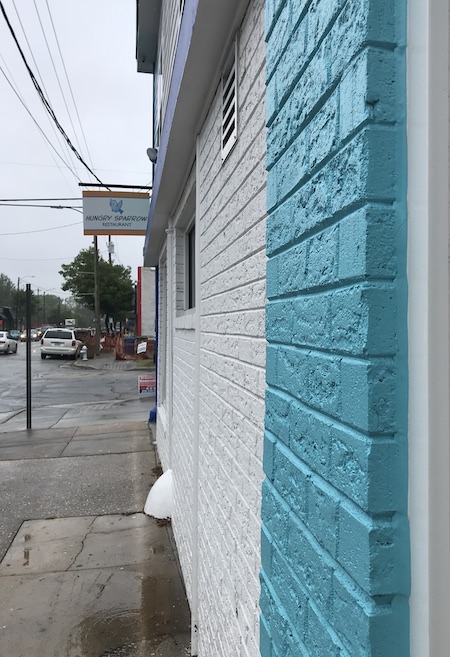