Brunch at Cast Iron Kitchen today was nothing less than amazing.

Yeah, yeah, I know… another Cast Iron Kitchen review. Well, their food is awesome and I might have a slight addiction to the place. For all the haters, NO I don’t own it and No I don’t work there. Furthermore, for all the haters whose breakfast/brunch culinary horizons begin and end at Waffle House or IHOP, keep going to either, because it’ll open up a Cast Iron Kitchen table for those who want to taste how brunch CAN be kicked up to much higher levels.

My apologies, I digress.

Regardless, I went there for brunch today with my sons (who are working on their own junior sized addictions to the food) and it was a great experience. I called ahead (and so will you if you want to avoid long wait times) and was immediately seated. Service was great, the quaint decor just adds to the experience, but the food is what makes the visit worth every minute of the wait. The food is also why they were named Wilmington’s Best New Restaurant for 2017, thus the long wait times. 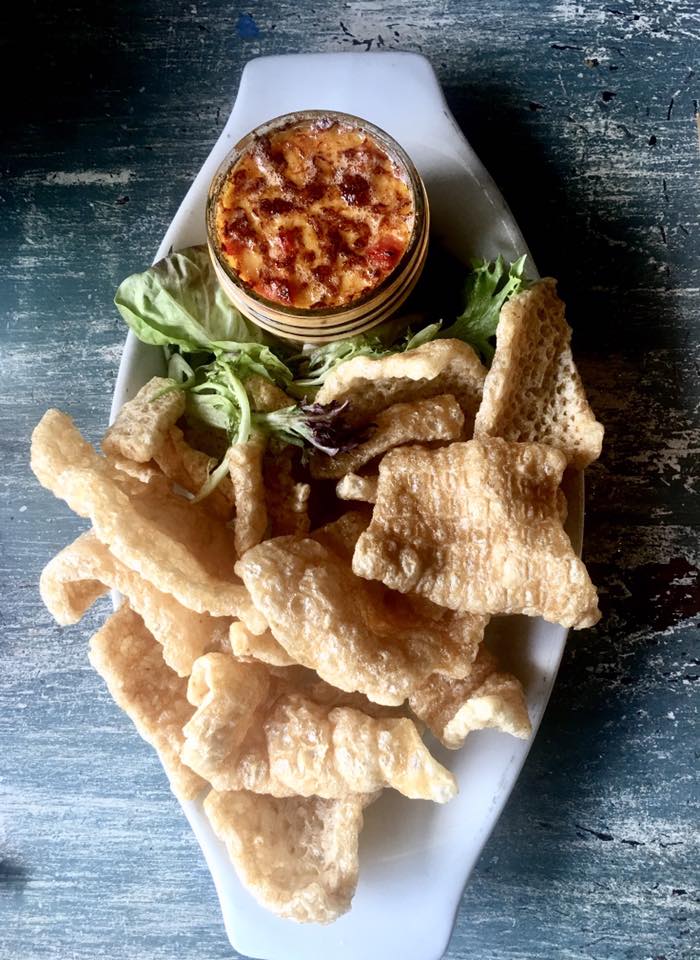 We started off with our usual appetizer, the pork skins and pimiento cheese. The first time I even saw it on a menu I turned up my nose and probably made a snide remark about banjos or houses with wheels until I tasted it. Bold flavors, perfect texture and just plain delicious.

Since my sons and I were feeling a little froggy we ordered the special “brunchie” of chicken wings with Carolina Reaper sauce. Okay, I’ll admit it, I got it because my sons called me out and dared me to try it. Not one to shy from a challenge (or chicken wings), I prepared myself for the onslaught of a gazillion Scoville units assaulting my internal organs with a vengeance, but true to form, Chef Petty harnessed the Reaper’s wrath to an enjoyable and flavorful level that I really enjoyed. 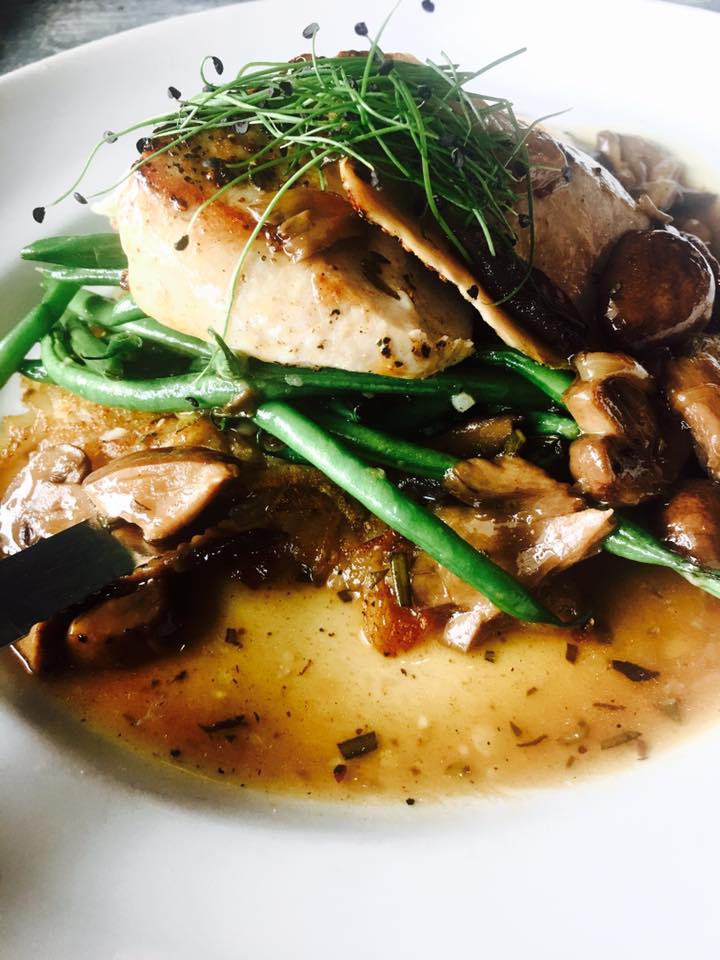 I oftentimes leave my main course selection to the chef’s discretion and today it was one of their specials (I love to order their specials – on the large chalk board – because they never cease to amaze me). Today’s choice was pork loin medallions with garlic baby green beans, a rustic mushroom jus, two sunny side eggs and micro greens served over house potatoes. If ever a farmer was extremely proud of their art and trade, it was today on this dish. The pork was cooked perfectly – tender, juicy and barely spiced enough to nudge your tastebuds but playing second fiddle to the actual taste of the ingredient… you know, the way it’s supposed to be. The mushrooms and jus gave a perfect accent of rustic, earthiness that even the most refined palate would applaud while normal folk like me just sat there with closed eyes taking it all in. I wanted to order a 55-gallon jug of this amazing jus, but opted to just savor every drop that was masterfully placed on the dish. Not too much so the ensemble of ingredients became lost, but not too sparse that it left the diner wanting more. Simply stated, it was just right. I’ll be honest, I questioned why the heck such a refined dish would throw sunny side up eggs in there because I thought it would kick it DOWN a few notches. Until I tried it all together. I owe the chef an apology for questioning his motives because it worked perfectly. Obviously drawing a parallel between the taste of the traditional ham, eggs and hash browns comfort breakfast and this dish is hard to do but it is absolutely indicative of what an extremely talented chef is capable of. 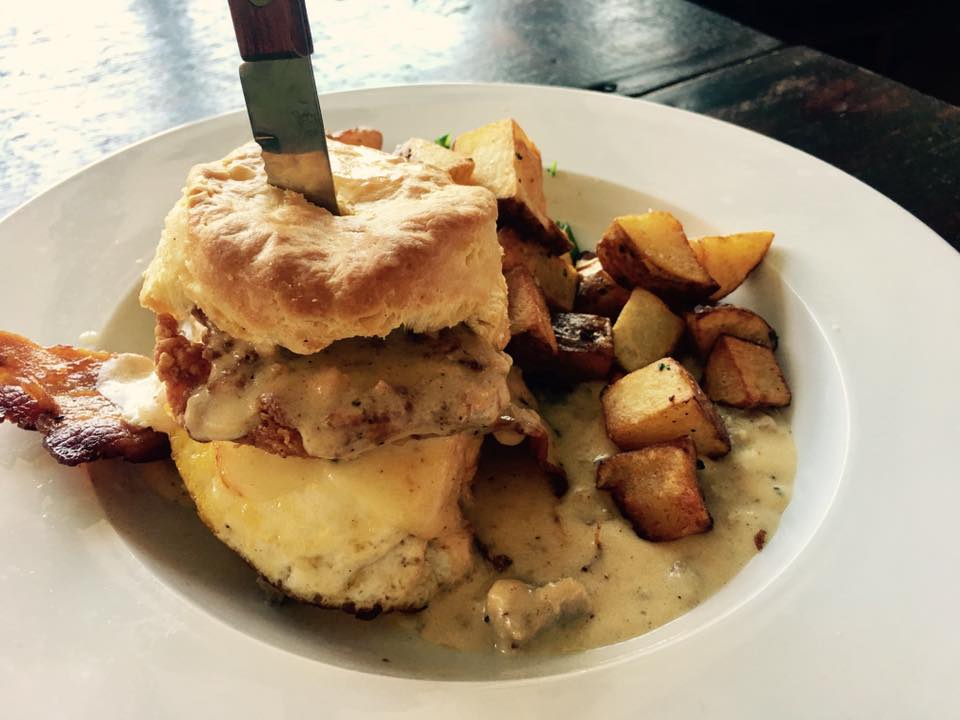 And if you have been, well, you understand what I’m saying. Eat up, y’all!

Get yourself to Cast Iron Kitchen: