Every once in a while, you come across something that totally blows your mind and takes what you thought to be the truth, crumbles it up, throws it in the trash and opens your eyes to a new way of thinking.

This just happened to me and while this isn’t a typical restaurant review, it is definitely worth sharing because it changed my mind about healthy food.

I came across a lady who sells baked goods at the Wrightsville Beach Farmers’ Market with her company CRAVINGS-THE HEALTHY FIX. While talking with her, she told me something about her products being Gluten Free, Soy Free, this free, that free, low sugar, high protein, blah blah blah. Okay, whatever. I don’t really understand all of that health food stuff, I just know that Cravings bakery muffins and brownies looked so good they HAD to be bad for me but I wanted one (or two.)

I honestly quit listening to her rather detailed explanation of the natural ingredients she uses, lower glycemic index, replacing sugar with natural fruits and agave, because all I wanted to do was rip into one of the brownies that was taunting me from the safety of its wrapper. I personally didn’t care if it was made with pure evil and butter, I had to have it. 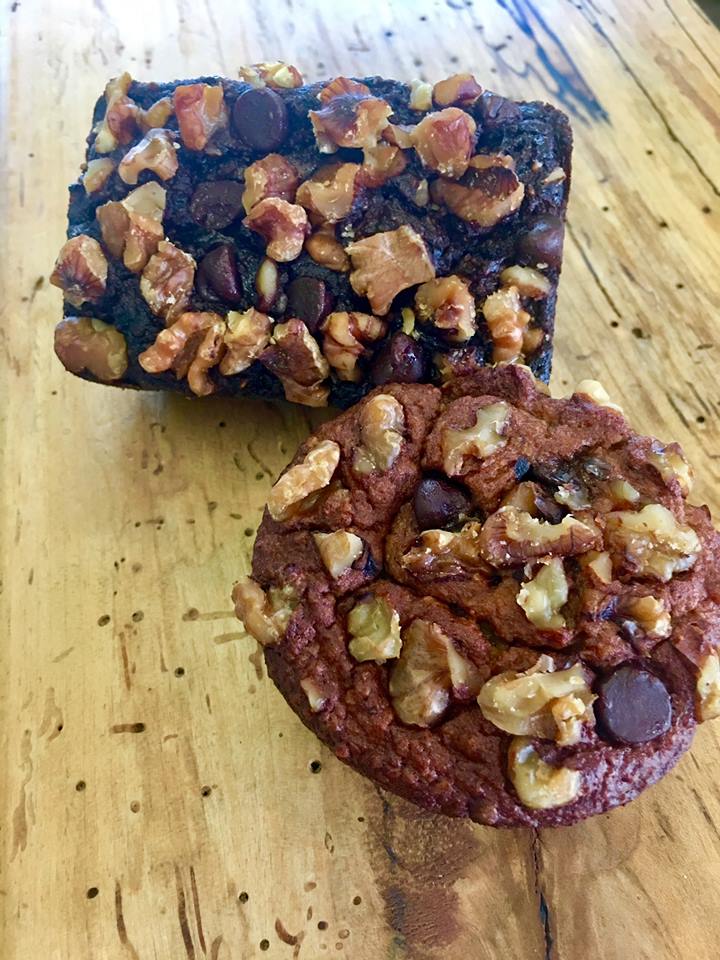 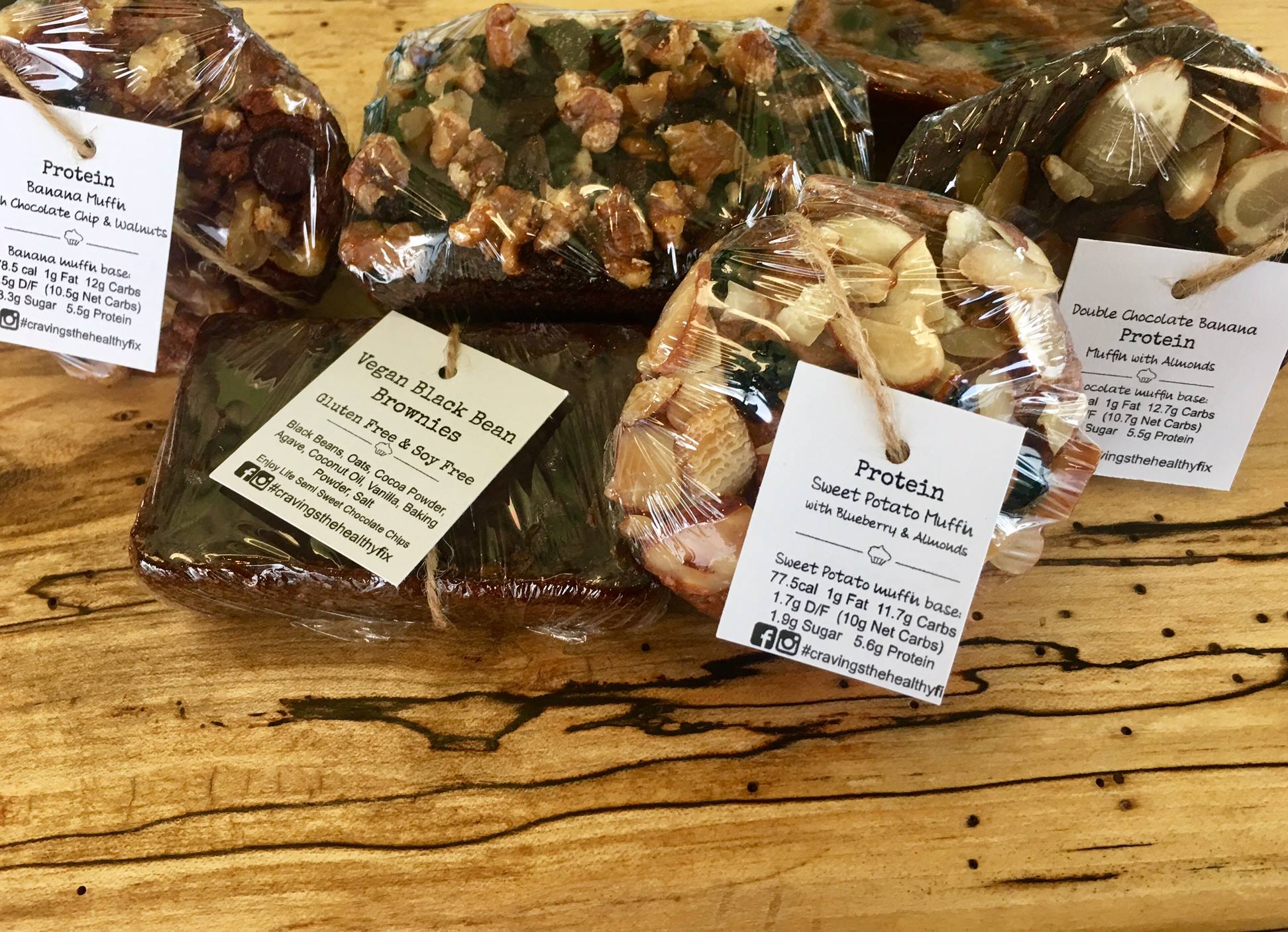 Somewhere in the midst of me ripping open the wrapper and the point where my taste buds exploded, I looked at the tag. It said “Vegan Black Bean Brownie- Gluten and Soy Free.”

First of all, I’m not Vegan so there’s no way I’d like any Vegan food and although I don’t even know what the heck a Gluten is, I like them because everything I’ve ever had until this point that is Gluten free or “packed with protein” tastes like sidewalk chalk and silly putty. Black beans belong with rice and tacos in my mind so this had to be a typo. She assured me it was not and my mind was blown. The moist texture and the “in your face” chocolate flavor beat my taste buds down like a Black Friday shopper looking for a good deal.

So I actually ate a BROWNIE made with Black Beans?!?!

Judging from her giggle, apparently I’m not the only one to freak out during such an epiphany. Being a pessimist by nature, I decided that it would be in my best interest to try yet another of these delights because I had to prove a point to myself. There’s no way that the words “dessert,” “healthy” and “delicious” can even go in the same sentence without some sort of disastrous result, right? WRONG!!!

I set my eyes on a Sweet Potato muffin with blueberry and almonds. It looked great, meaning it looked like it was full of beautiful calories and luscious carbs, so I went into this fully realizing that although it looked great, it was gonna taste like all the other “healthier option” desserts I’ve suffered through. That heavenly brownie must’ve been an anomaly.

Moist, sweet and packed with layers of flavor (yes it’s apparently possible to do that with a “healthy” muffin), I savored each bite because I honestly felt like I was getting away with something. I learned that in addition to this tasting like it came out of grandma’s kitchen, it was packed with protein, the sweetness came from sweet potatoes and that it had about 1/4 of the calories, fat and sugar that my protein bars have (and about a zillion percent better than muffins or treats I’d typically opt for). I was instantly hooked and my friends and I made our way through a Cravings bakery Double Chocolate Banana Protein Muffin with Almonds, ANOTHER Vegan Black Bean Brownie (don’t judge me), a Chick Pea Blondie that I still swear was made with peanut butter, zucchini bread and a Banana Muffin with Chocolate Chips.

The resounding opinion was that none of us had ever known a “healthy” treat to taste so friggin’ good without the chalky reminder that you’re eating healthy. These tasted like you’d need to spend at least another two hours on the treadmill per muffin, but in reality they tasted much better and are a lot better FOR you. 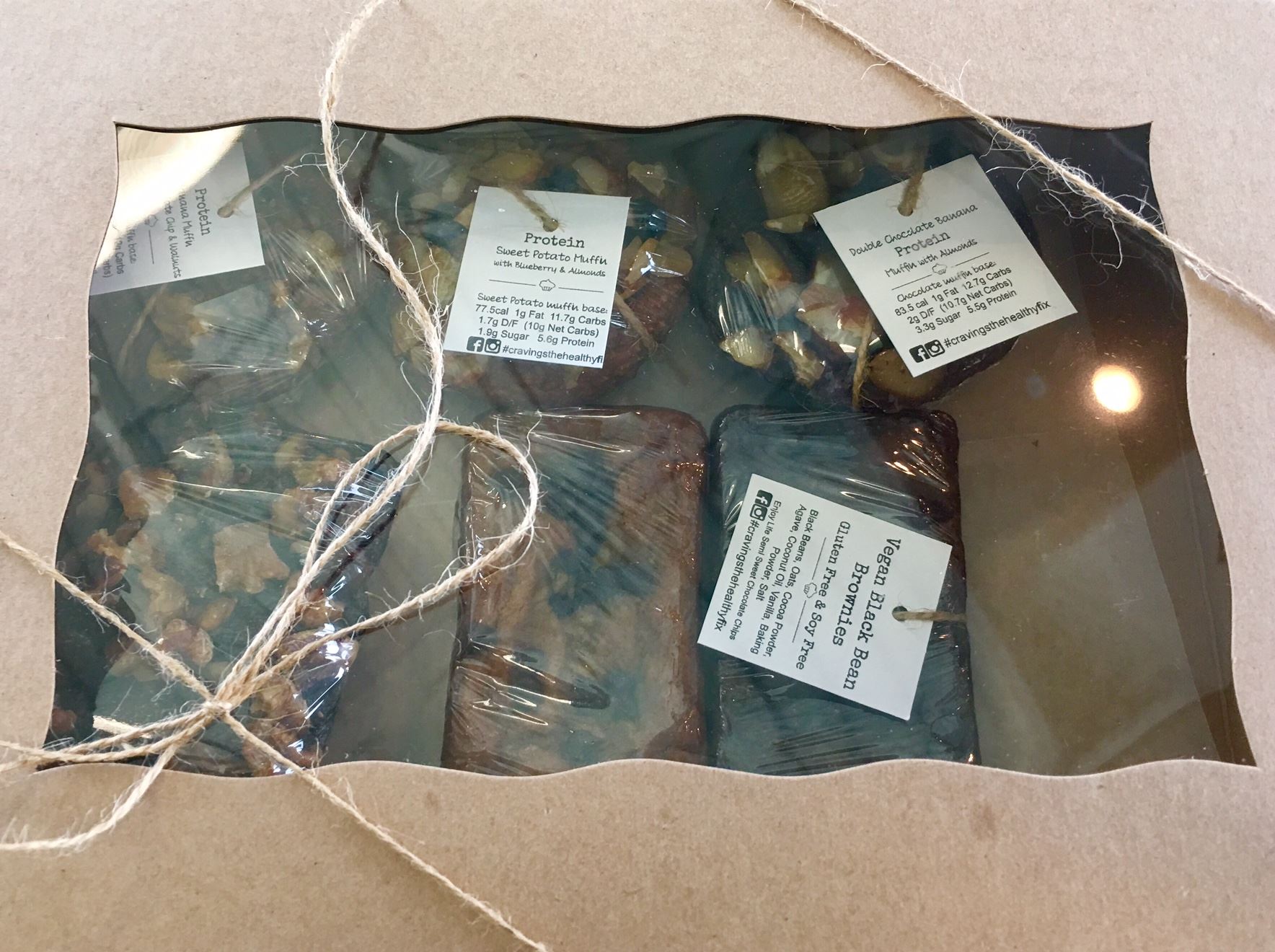 I know she sells her products at the Farmer’s Market, I’ve heard they’re at Bespoke downtown and there is a Cravings website and Facebook page but whatever it takes, you’ve gotta get a hold of some of these. Whether you’re looking for a healthier alternative for your kids, a post workout treat for yourself or just because you want to eat some delicious treats, I can tell you that you won’t be disappointed. I’m not a health food nut, a gym rat or a nutritionist, and I wouldn’t be able to pick out a gluten in a lineup if it stole my wallet, but I can tell you that they taste delicious from a regular guy perspective. If you actually understand all the gluten, protein, glycemic index, calorie voodoo, you’ll probably enjoy them even more because you’ll understand exactly what a feat she pulled off making healthy food delicious.

I’m STILL tripping out that I ate black beans without salsa and I can’t wait to do it again.