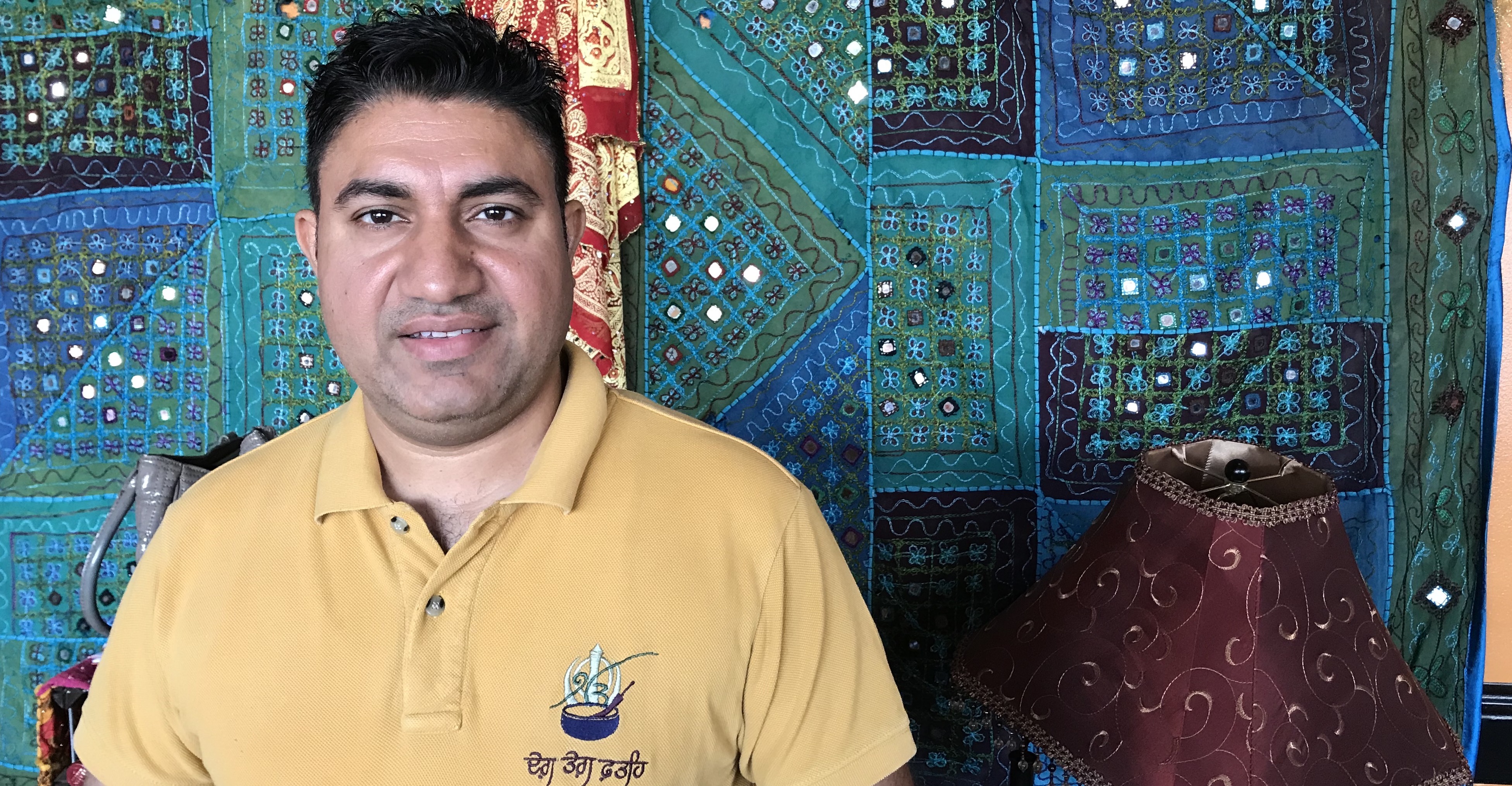 “I’m a great cook. Bring me a stubborn man, I bet you his hands will be up in surrender. That’s why I do it, and why I’ve been successful.“

Food in the Family

My dad had a restaurant in Greensboro, and that’s where I was before I opened Nahwab about a year ago. My uncle had an Indian restaurant on College Road, and that’s where I came in 2000 and started working for him. He was in the middle of selling the business, and we ended up buying it in 2002. That’s how my journey in the food industry started.

I wasn’t already big into food. I wanted to learn it. I would say I was an ordinary person: I didn’t know food, but I knew how to work hard. I believe that studying cooking will make you perfect, but real perfection is made by your mom. What I did is start cooking food, without any idea, but my father taught me, and my mother taught me, so things that were going around and I was learning the game.

My family works here. We are very proud of taking care of people, my mom does not cook in the restaurant much because home cooking is different than the quantity of restaurant cooking. She is a great cook. This town, and my clientele, me, and I go the extra mile to make them satisfied. I love making people happy.

The knowledge that I gathered in all those years, I think I make the best food in town now. My customers, I just know what they like when they walk in. Time teaches you, patience teaches you, and now I know what my customers are going to like, and I like to take care of them. 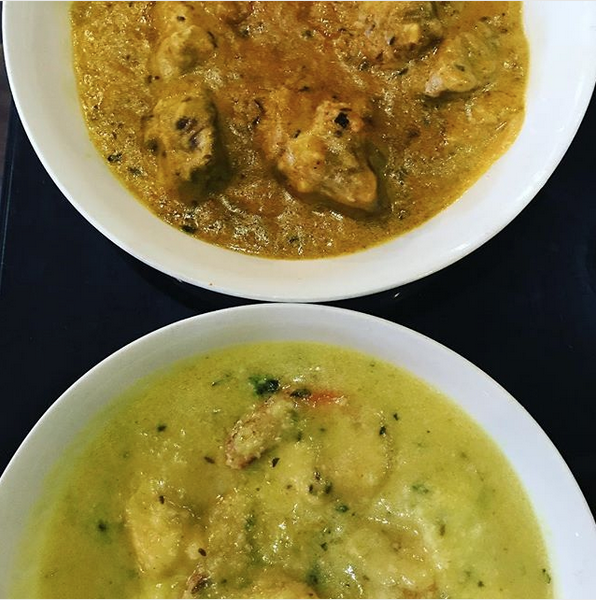 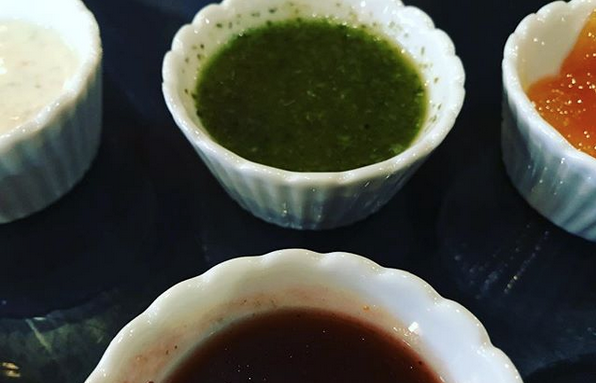 Starting with Salt and Pepper

Eventually over the years, you can learn what needs to be done with food. You learn how to add the spices, which is very freeing… people actually know how to cook with it: they use it all the time. One is salt. One is pepper.

Over the years I’ve heard many people say, “I don’t want any spice.” I’m sure though that a lot of people can handle spice though. Chile and salt need to be cooked properly. Those are the two ingredients that need to be cooked in the very beginning in the food. So must people can eat spice if it’s cooked so that you only feel the heat in your mouth. Below the throat… into the stomach… you shouldn’t feel the heat there. It shouldn’t bother you. Good cooking means understanding how to cook the chile and the salt.

Originally if you asked me what kind of Indian food I cooked, I would say that I cook Indian food, but I don’t cook all the time Indian food. India is… real authentic Indian food is a simple food. Simple ways. You just want to make less spices, less ingredients, and everything is going to taste good. The heritage of Indian cuisine is basically vegan food. That’s real Indian food. Which I’m so proud of, on Wednesday night, when I cook the vegan buffet, it has become my busiest night. I feel happy to do that for the vegan community. I’m good at that. 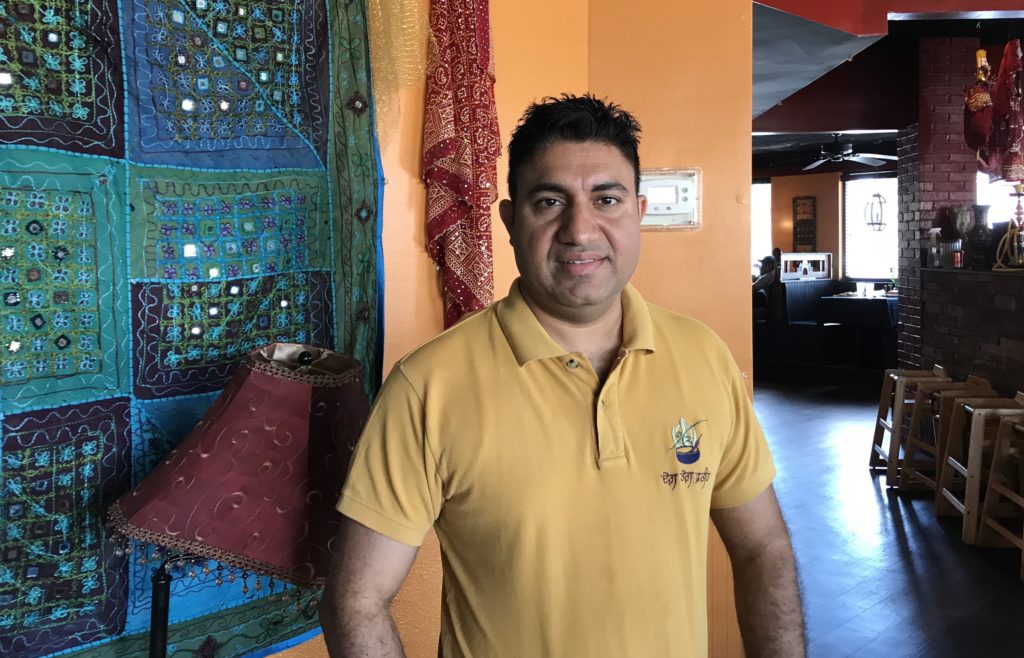 What I serve here doesn’t even come close to what you could experience in India. But I do my best, and I try to have lots of freedom in the buffet. Think about it. How many times have you eaten turnips in your life? Or zucchini India style? The vegetables have no boundaries. They are so simple, they just need the proper salt in it.

I am not vegan 100%, but I would say that eat vegan about 90%. I would love to eat only vegan food. That’s what I love to do here; I just love vegetables, any vegetables, especially if I cook it. I love it. I love spicy, and I use a lot of green chile, where some people don’t like green chile, they prefer red chile. I use red chile for my “spicy” clientele.

India was ruled by many different countries so in the the 14th century when India was ruled by Turkey and Iran, there was the Muslim influence, with lots of meat in the diet. Indian chefs were told to add meat in the menus. That was the first time that meat was introduced; before that Indian food was primarily vegan. They were also very sensitive toward spicy. They introduced very specific flavors.

Indian was also ruled by Portugal, which controlled all the seaports, and had a great influence on foods that were available and how they were cooked.

Have you heard of a dish called Vindaloo? Chicken Vindaloo, it’s not as spicy, and Chicken Do Pyaza… those had vinegar in them. Those were introduced to Indian cuisine. All these infusions of different cultures came to India added layers to food that was very originally very simple. Millions of influences and flavors added to Indian food. Different styles of food, and different styles of cooking were introduced. Look at the menu here, in addition to the buffet. There are flavors and dishes for everyone to experience.

Every day, month by month, my business is going up. I’m having fun, and I believe good food itself is my advertisement.

Plan to sample the vegan buffet at Nahwab every Wednesday evening, and explore the rich menu with meat and seafood options. You can preview the Nahwab menu online. Follow Nahwab on Facebook for news of giveaways and menu specials.