Up until last week, those enjoying downtown Wilmington’s nightlife and the ensuing “munchies” thereafter had only a few late night staples to choose from. Pizza, tacos or a trip to a revered waffle joint were pretty much all there was to choose from hours after most restaurants closed down for the night.

But that’s all changed now. 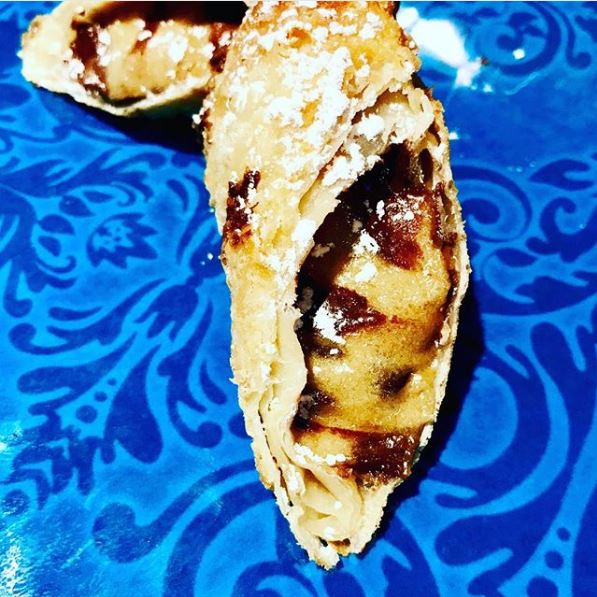 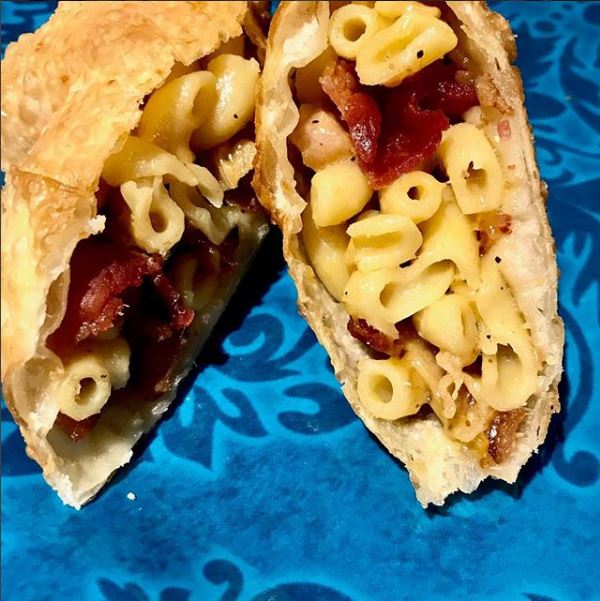 Yup, it’s there at the top of the list. Craving a taco eggroll? They can hook you up.

These, along with other menu items such as Sloppy Joe, loaded mashed potato, “pizza crack” and even a PB&J eggroll are taking the rolled up morsels of deliciousness to a new level.

The concept for ROLLZ eggroll restaurant came about quite by accident. After several years in the restaurant business “working for others,” Allred, a certified chef, was looking to open a restaurant of his own. As he and Lawrence pondered what might be a venue for his creativity in a fun and interesting way, they never thought that eggrolls would be their answer. 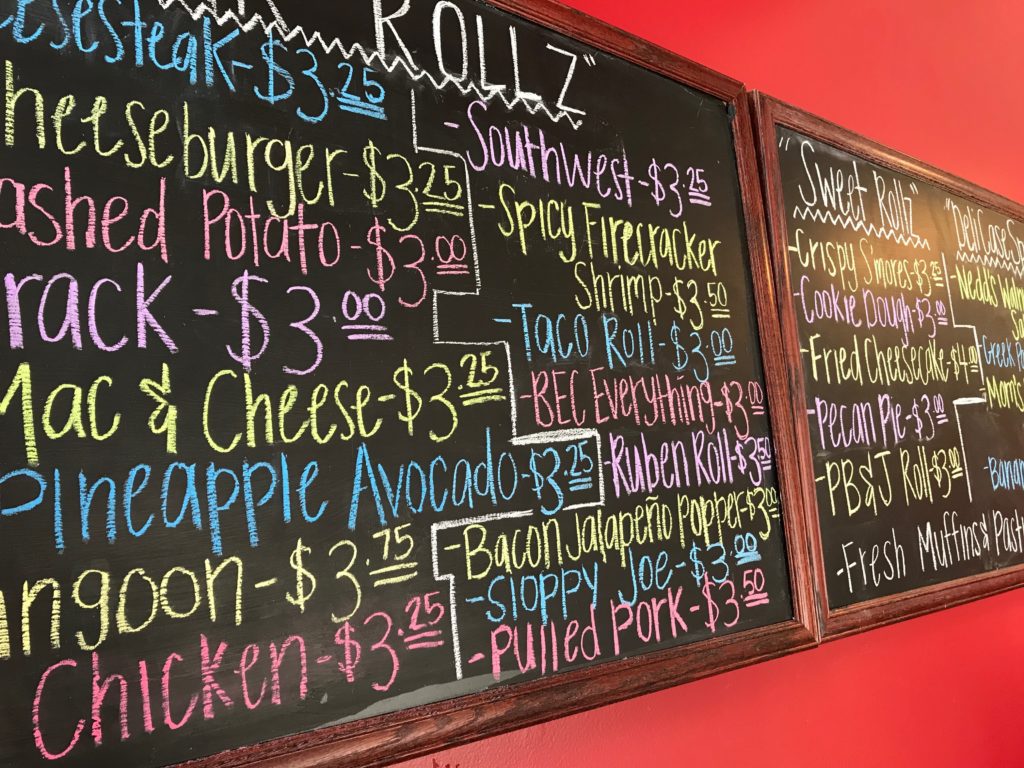 “I don’t know what it was, but for some reason, we were making eggrolls a lot,” said Lawrence, smiling as she recalled the earliest days of what has become their joint venture. When friends would come over to hang out at the couple’s home, eggrolls always seemed to make an appearance although the couple can’t really explain why.

Fate maybe? Allred’s creativity started to show as artist and eggroll wrapper canvas came together and the formally trained chef now began to experiment with what most consider to be just a side order accessory to Kung Pao Chicken from a strip mall Chinese restaurant. Allred knew the rolls could become more than just a supporting element to a meal and the rave reviews from friends started to make him
think that this might be exactly what he was looking for. Experiment after tasty experiment led to what has become the menu at ROLLZ.

I stopped in on their Grand Opening day, ordered up a few options and was instantly taken aback at how the eggroll wrapper became a perfect, crunchy vessel to highlight the flavor of its ingredients. My love for tacos was realized in yet another form as the taco eggroll was truly sublime. Loaded mashed potatoes was an instant hit as was the sloppy joe. And how could I NOT try the PBJ? One word… wow.​
ROLLZ is definitely a high priority option for the late night crowd, but hungry customers can enjoy their menu anytime.

Stop into ROLLZ eggroll restaurant, you’ll be glad you did. I certainly was and I’m looking forward to trying the remaining 17 options I didn’t get the first time.