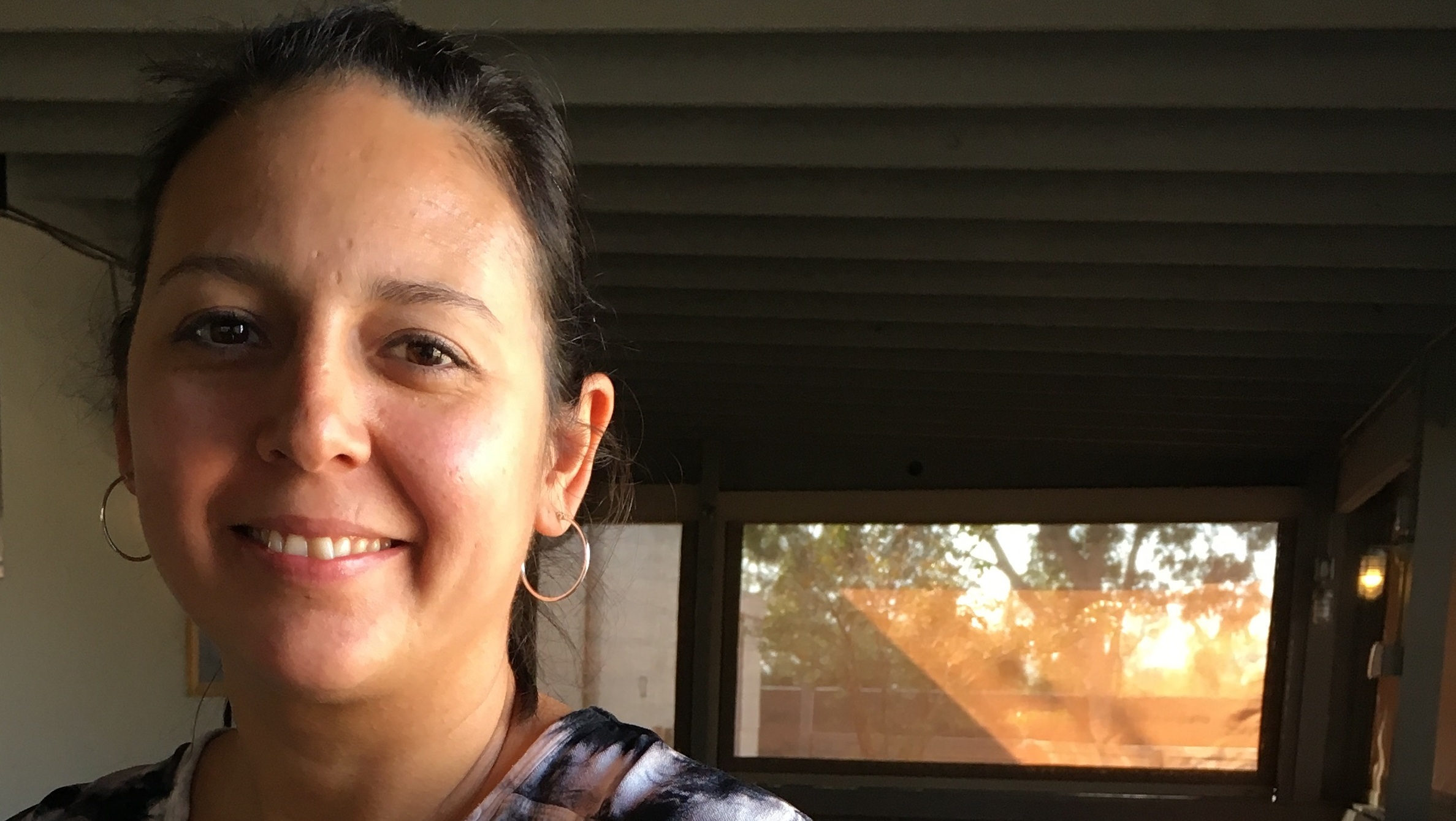 “I love my job. It is really a lot of fun. Being a personal chef and running food tours gets stressful at times, but the flexibility works for my life right now.“

Embracing the flexibility of a foodie lifestyle

I started my own business four years ago when my son was born, so I have Delish, which is a personal chef service, and I also offer cooking classes. It’s all in-home. So I go into peoples’ homes and I cook for an event, a birthday party, an anniversary party. It could be a ladies’ night. A lot of ladies do that, have a cooking class in their house. I have some weekly clients that I cook for, seven meals, so they have dinner every night, or whatever they need. I prep and cook it for them and then they can heat it up. 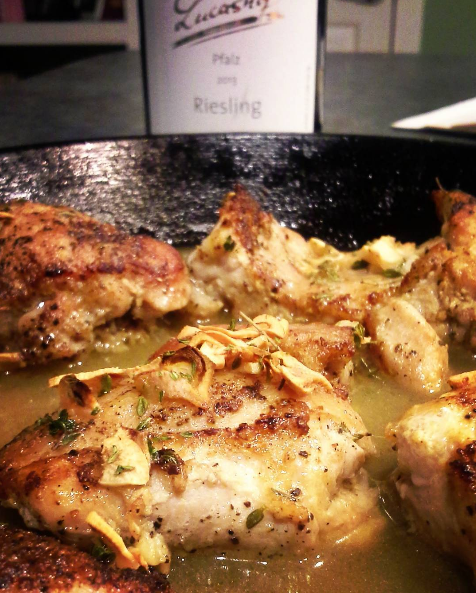 Two years ago, I also started working with Taste Carolina Gourmet Food Tours. It was Liz Biro’s Wilmington food tours venture, Culinary Adventures, which she sold to Taste Carolina. They already had food tours in Raleigh, Durham, Winston, and Greensbo. I had been thinking about acquiring Liz’s business, but she was already in negotiations at the time, so she passed my name on to the owners as someone who would be the perfect tour guide for the Wilmington area. It was a good fit.

I work super closely with Leslie, owner of Taste Carolina, and she sets up the Wilmington tours. I have flexibility to add more restaurants, make day-of adjustments, and I can call friends in the business and make changes at the last minute. We pretty much have a tour every Saturday – a restaurant tour in the afternoon – and we offer a Farmer’s Market tour on Saturday mornings every week. So, I could work two tours on a Saturday. In the summer season, we offer a Friday tour. Then we do corporate and private tours all week. Some weeks I have no tours – no corporate, no private – and some weeks I have one of each, a Friday tour, and two Saturday tours.

The Farmer’s Market tour stops in a couple weeks, so that kind of marks the start of the “slow season.” Sometimes we have special groups that come to town, though, so it fills in. We could have a group of journalists for example, or a conference group, that comes into town and who really want to do the Farmer’s Market tour because it ends in a cooking class, in a restaurant, with another chef. So people who love cooking really want to do that tour. In the off season, we take people to Eagle’s Island to tour the seafood market, and we get the secret ingredient there and bring it back to a restaurant and cook lunch. So it ends the same. We’ll do that if someone is adamant, who says, “I know there’s no Farmer’s Market, but can we do something similar?”

When I first started, I thought, great it’ll be a bit of a rest during the off-season. But there are times I still have tours booked every single week. For the tours, we get about half who are tourists, or visitors, and the other half are locals, who either just moved here, or people who have family visiting in town and they decide to book a tour to have something fun to do as a group, and they decide to book a tour.

The tours are awesome. The funny thing is that I hand out a lot of the postcards and promo in Wilmington, it’s word of mouth – TripAdvisor is our biggest advertiser because Taste Carolina has five stars in every city where they are – people want something to do, and they see it.

But I see people downtown, and around Wilmington, and they say that they didn’t even know the tours existed. People always say that about the food tours, and my working on them, “Oh, you’re so lucky!”

I worked in the restaurant industry for ten years. I worked in a couple different restaurants as a line cook, a sous chef, I think I was even a pastry chef at one time. I don’t know how that happened! I had worked my way up. 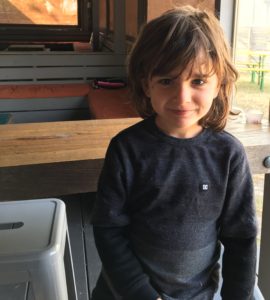 After I had Hendrix, I went to work full time, but I just couldn’t do it. It was too many hours, it was hard not to be with him at night, especially after he was six months old, and he was learning things and getting more cognitive, I wanted to be home.

I loved my boss at the time, Pat Green, who owns Soulful Twist, the truck, it was an awesome kitchen because we are both women, and the kitchen manager was a woman, and it was just very different. In most commercial kitchens, there aren’t any girls, unless they are the pastry chef, you really don’t see a lot, so it was just very empowering. It was a great company to work for. There is a reason people work there for 10, 15, 20 years… I loved Pat, and she hadn’t really even found a replacement for me, so I worked three days a week, and ran the schedule and picked up whatever they needed me to do. I did inventories and tried to help take a load off her, and I did that for a while until she ended up leaving. That had been my tie, so I felt like I could leave and go full on with Delish.

I don’t promote Delish other than with the website and Facebook page. I don’t advertise. I’m not interested in working seven days a week right now, so my couple weekly clients and the special events make me happy with what I’m doing. It can be chaotic in the sense that I am piecemealing everything together, and I don’t have regular office hours, and regular cooking hours. It’s been good, and it’s great for a mom.

On the road not traveled

I moved here as a textile designer from New York City. I kind of ran through everything so quickly: I graduated from high school, I graduated from college at Buffalo State, then I got my internship, then I got hired full-time. I never had that long introspection about what I wanted to do, no time off, and I really did love New York City, but I knew that it wasn’t going to be where I wanted to settle down.

The fashion industry is sold to you so differently from the reality of what it is. I was sitting in an office, in New York, it was like borderline sweatshop, you were in the middle of the building, there were no windows, sharing a cubicle, there were no doors, sitting at a computer all day. A lot of it was cut and paste, because we were working with licenses. We didn’t do the artwork, they were like, here, use these seven decals.

I was working in infant and toddler bedding. I had no idea what I was doing. I would be so good at it now! I have a kid. I know what parents want: trendy parents, who don’t have a ton of money, this is what they are looking for. But, I’m not going to go back.

Working it in the Port City

Once I got into a commercial kitchen, when I started working here in Wilmington, I was like, “This is exactly what I want to do.” It’s the opposite of what I was doing.

My friend from high school had moved to Wilmington and there was a string of people from Baldwinsville NY, where I am from, and they were all moving here. I had taken four months off when I decide to move out of NYC. I just traveled around the country. I was talking to people, and someone said to me, just come to Wilmington, and I was like, Delaware? I wanted to get away from New York!

I’ve been here 13 years. I love it. One marriage, one kid, one house later… I love it here.

I know everybody in town. My husband has been here for twenty five years, and he has been in the service industry for that long. So, collectively, we have gotten to know everybody.

I was always into cooking – when I lived in a house with a bunch of roommates in college, I was the one who put the family meals together, I collected everyone’s five dollars, and I planned it all. I was cooking even when I was little. My mom wasn’t around a lot, so I was testing things out and always trying things that were probably really gross.

Right now, because I don’t have an inspected kitchen, I work in my client’s homes. I’ve been thinking about moving into catering. Renting a commissary kitchen. We’ll see where that goes.

Add these events to your calendar:
Cooking demo at Port City Farmers Market on Nov 15
Cooking class at Seasoned Gourmet on Nov 28
12 Tastes of Christmas on Dec 9