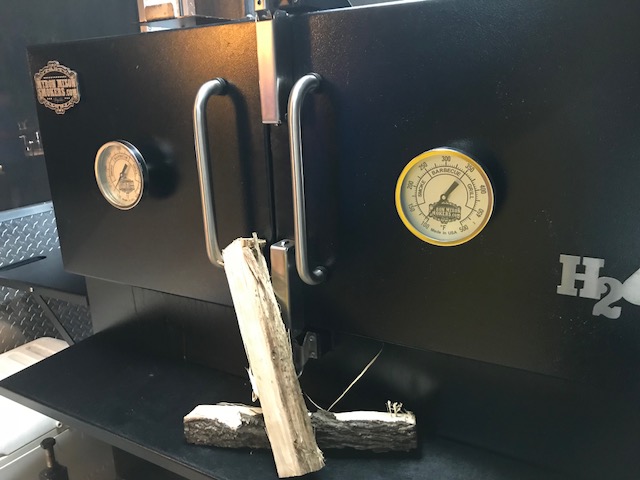 Typically, being a jerk is a bad thing. You know, kinda like that guy who bypasses all the other cars waiting in line and cuts off someone five cars ahead of you just because he doesn’t want to wait.

Or how about that woman who is so focused on her phone conversation that she loses all situational awareness and smashes her armful of Mayfaire shopping bags into you as she walks by juggling her phone and Pumpkin Latte? Ooooh, and let’s not forget that especially evil, vile and inhumane person who picks out all the shrimp from your favorite dish at the Chinese buffet. Yeah, those people ARE jerks and that’s NOT a good thing.

Unless you’re a chicken.

And you’re served at the YehMon51 food truck.

If that’s the case, being a JERK Chicken is one of the highest compliments you can get.

I’ve seen the bright colored YehMon51 food truck with the cool Rasta Dude logo around town quite a few times but have never stopped until the other night. Holy cow, I’ve been missing out! And so have you, if you haven’t tried it yet.

Inspired by a trip to Jamaica years ago that changed his life, YehMon51 owner Chef Calvin Lewis and his Jamaican Food are serving IRIE flavors to Wilmington that would make Bob Marley proud. And hungry.

Calvin is not your typical Jamaican food chef. I mean, yeah, he’s got dreads and totally embraces the mindset and lifestyle, but I would’ve placed him at an awesome Southern BBQ food truck if I had to guess.

Until I tasted his food. He LIVES these flavors! 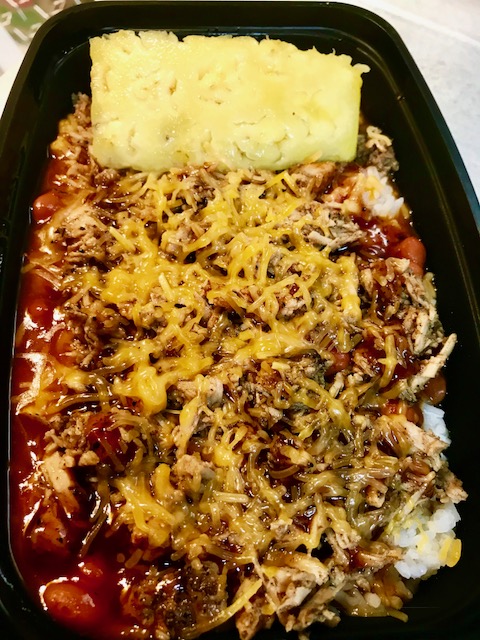 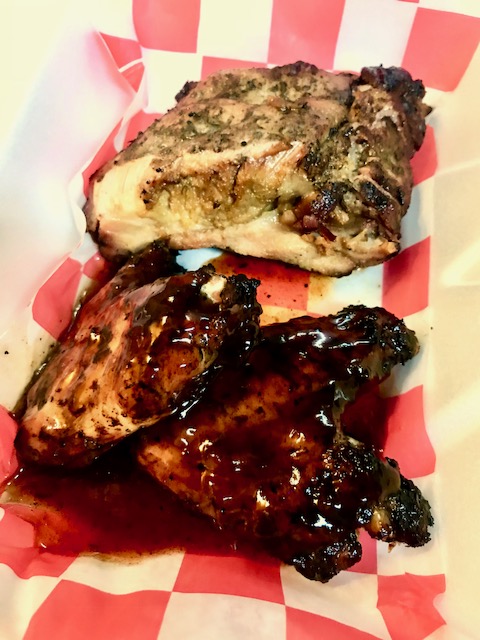 I opted for the Jerk Chicken bowl because hey, if they claim to be serving Jamaican, then Jerk Chicken is a great gateway dish towards the full spectrum of Jamaican foods. For those of you who aren’t familiar with Jamaican food or who wouldn’t typically opt for such an exotic option… DO IT!!! Jamaican food, as a whole, marries simple ingredients with magical spice mixes that will change the way you think about food and undoubtedly make you try things you never thought you would.

The Jerk Chicken dish is served with traditional rice and beans, cheese and a seductive piece of pineapple that teased all my senses. At the point of impact between my mouth and the first bite, my eyes closed, my head leaned back a little and a smile came to my face as if I was listening to some smooth reggae on the beach or if I’d caught a second-hand hit of the ganja fog at a Marley concert. With every bite, the smile got bigger and my head nodded more and more to the beat of the authentic jerk seasoning (imported directly from WalkersWood in Jamaica) and the chicken harmoniously dancing around my mouth while the rice, beans and cheese joined in as accompanying steel drums in an amazing flavor adventure. Yup… Authentic!

I could have ended the meal on that note and been extremely happy. I probably would’ve tuned my XM radio to some reggae for the drive home and had sweet dreams of this dish for days. But I’m not that guy. I’ve always got to push the limits, at least with food. So bring on another dish Chef Calvin!

Ribs and wings? YEH MON, I’ll try them! This might make a lot of people mad but I’ll put Chef Calvin and his YEH MON 51 smoked ribs up against anyone in town. The smoky flavor of the meat is well balanced and lasts just long enough for your senses to recognize greatness right before the meat falls off the bone and your body instinctively smiles and says “mmmmm.” There are chefs out there who do nothing but cook ribs that could learn an awful lot from Calvin.

And then there were wings!

When the first of my taste buds reached out and high fived the incoming “wet” wing, it set off an explosive chain reaction that made my mouth tingle from the layers of flavor. Sweet, tangy, spicy, just enough heat to let you know it wasn’t your average wing, and a tiny bit of salt to short circuit your senses were all there in one condensed package of heavenly poultry goodness that any chicken would be proud to be a part of.

I’ll be honest. I never would’ve thought a dreadlocked good ol’ boy would ever be able to put out the AUTHENTIC Jamaican flavors he did, and certainly not from a truck. I’m also not too proud to admit when I’m wrong, and I was. Very wrong. After tasting his food with a mind to my YahMon food truck review, I’d be willing to bet that if Calvin shipped the truck straight to Kingston, Spanish Town or Montego Bay the locals there would be every bit as in love with the food as the long line of eager Wilmington patrons were that night. Lucky for us, there are no plans to ship YehMon51 away, so we don’t have to go that far.

The food is absolutely delicious but the YehMon51 food truck itself is something of legend in its own right. In the rear portion of the truck is an actual smoker! A big one! Chef Calvin is quite the grill and smoke master, juggling three different types of woods depending on what he’s cooking. Hickory, Pecan and Cherry are selectively used to add the right amount and type of smoke as the meat goes on its “low and slow” journey and luckily, my plate was at the end of that voyage! 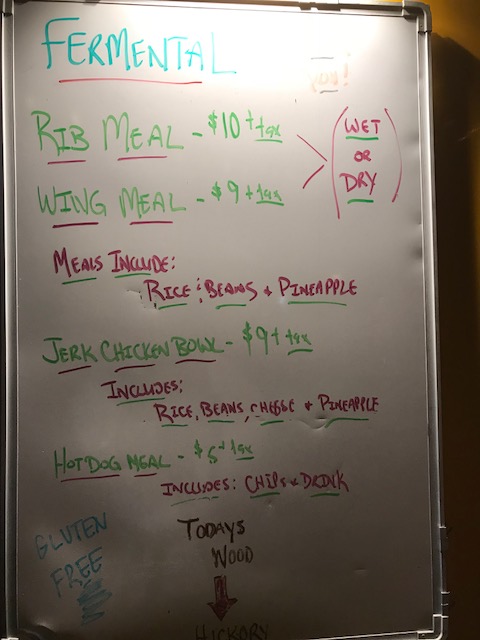 Chef Calvin’s culinary skills are noteworthy, he’s a really cool guy and the crowd around the YehMon51 food truck soaks up the positive, upbeat vibe he puts out every bit as much as they swarm for his food. If you love Jamaican food, or if you’re not familiar with Jamaican but just love delicious food, you’ve gotta try YehMon51!