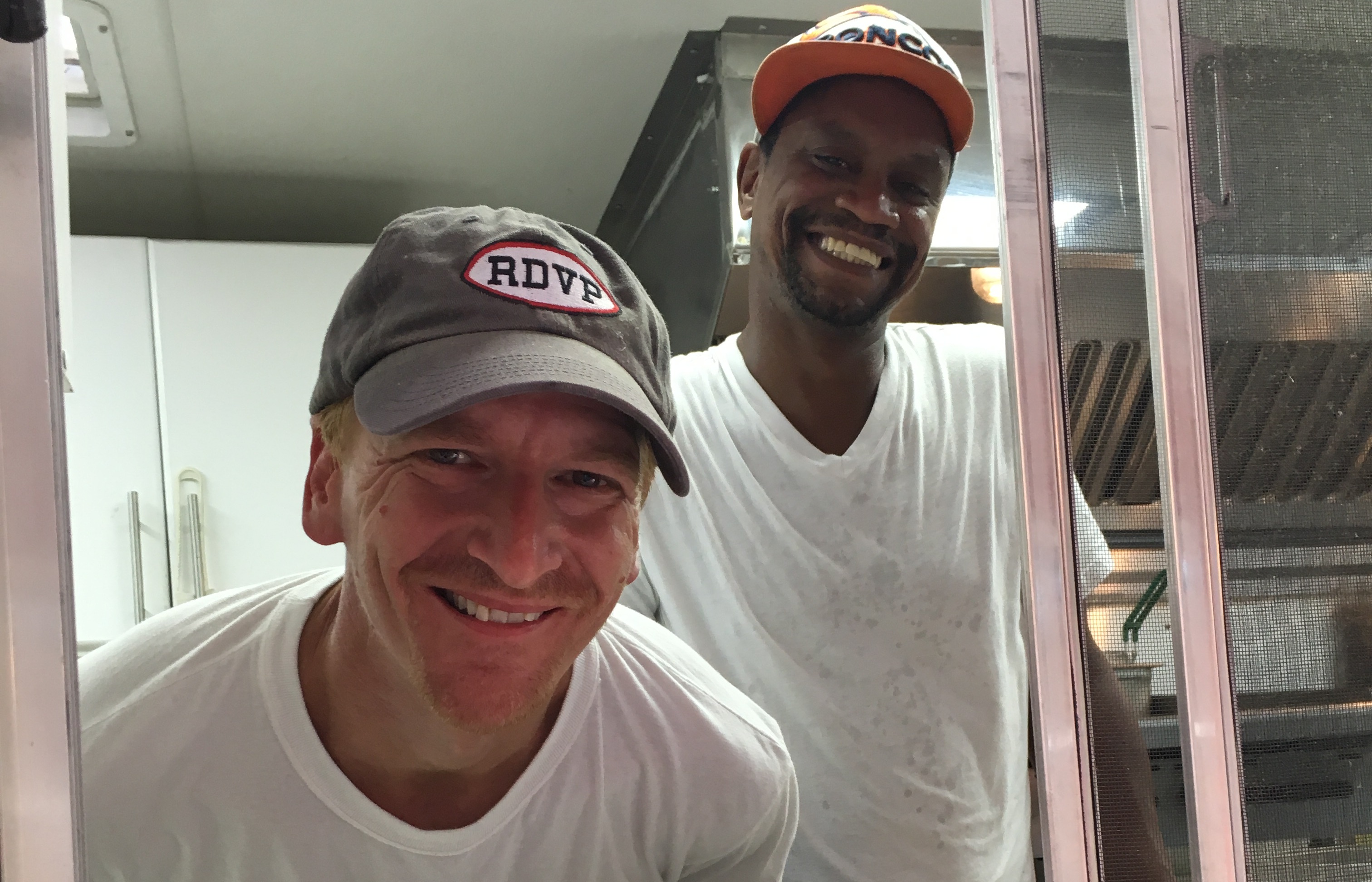 “It’s a trial. You know, it’s hot in the summer, it’s cold in the winter. But I love it. It’s all the joys of running a restaurant and owning a small business and having a big junky car.“

My wife and I were working in a brick-and-mortar restaurant for years and started courting banks, and then we decided to see what we could do with the money we had put together on our own, without any bank intervention, and decided to build the truck. We went out and bought a truck from a local linen company and demo-d it out and built a kitchen in there… the whole thing, started from nothing.

We did it at the time UNCW was building their food truck. I’ve got good friends over there, and so we shared some notes and communicated back and forth about some of the problem-solving aspects of building a truck.

I’ve always been interested in good food. I grew up in an international family. My dad was an immigrant and my mom graduated from high school in Thailand. I lived in Hong Kong in the mid 80s through high school graduation, and at that time I was already focusing on international food, and learning how to cook international food from experts – in their own kitchens. Most of the time not in commercial settings, but going into someone’s home and collaborating. 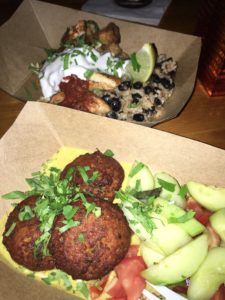 When I moved back to the states, I had cooking jobs when I was in college, landing in a restaurant and I realized, hey, I can do this. I got a couple decent job offers and people wanted to take me under their wing and at that point, I sort of cut my teeth on French cooking. I worked with a couple guys who had just gotten out of Johnson & Wales and they wanted to regurgitate information to me, and I was willing to just sit back and listen, and listen, and listen. I just put it all together until I was to the point where I was getting really good job offers. I had a culinary background and culinary understanding with really vast influences. In the mid-90s I was doing jobs like sous-chef and executive chef, working for fancy restaurants and start up restaurants, and hipster restaurants and things like this and in the mid 2000s I got the offer to move down here. That’s when Keith Rhodes and I were co-chefs at Deluxe.

I’m also a musician, I went down that road for a certain number of years. I sort of aged out of that and I came back into the restaurant thing at that point. 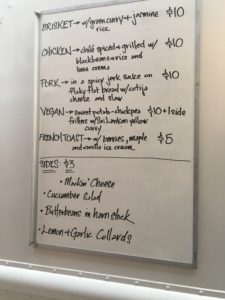 I love it. The food truck – Steviemack’s International Food Co. – is great. It’s the perfect microcosm of the restaurant industry. It’s everything. I’m the butcher, baker, candlestick maker. I do the dishes, I clean the floors, I’m the executive chef, I’m the maitre d’, and I do the customer service. I’m every piece. I do the website, I do the marketing. I do everything.

Moving up the kitchen

You get a real different view of the customers from the food truck. You get a lot more positive feedback when you’re on the truck. In a restaurant, that would be filtered through one or two individuals before the kitchen might hear, like, hey, the guy liked the salmon. To me, I’ve got people dropping a fifty in the jar, saying that’s the best food – not just the best I’ve gotten on a food truck – that’s the best food I’ve ever had. That’s what I really dig about it. 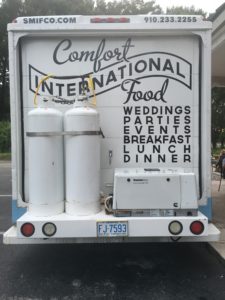 ‘m a Thai food fanatic. Malaysian food is really wow. That kind of pocket where you’ve got extremely fresh, cross-over food, where extreme South Asian and Southeast Asian food comes together. Where Indian food meets Chinese food, somewhere in the middle, in there, it’s this “other” thing.

One thing a restaurant on wheels can’t do without

It’s really unexciting and pragmatic. It’s just that generator. The generator is running the show. [Serious hilarity ensues. Steviemack has a great laugh.]

And about that movie

Chef? I have yet to see it.