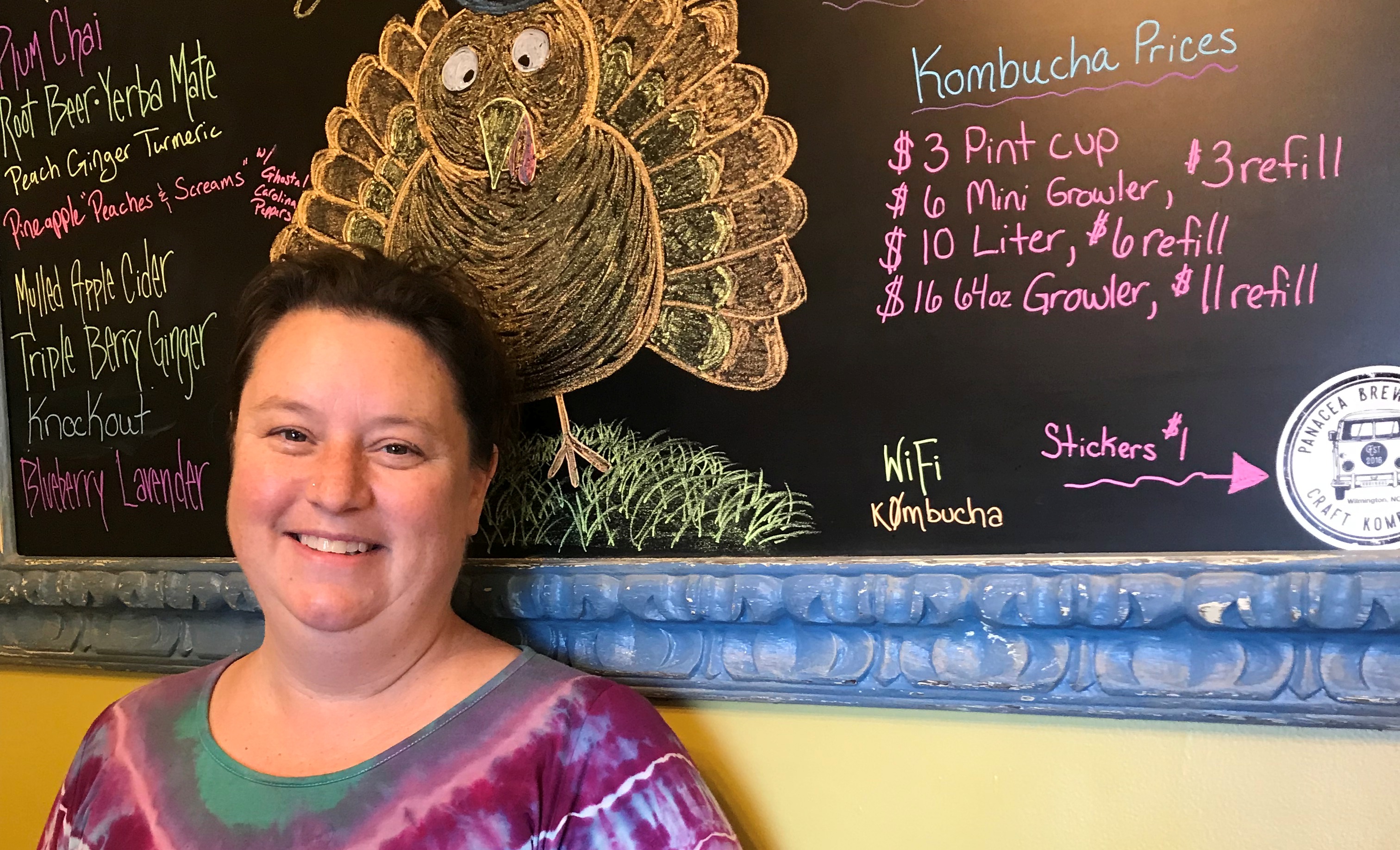 “It was nothing we had ever dreamed of doing, but it was the right time, the right opportunity, and the right product. We visited a couple other breweries, went to KombuchaKon, learned a ton, and just did it.“

The Right Time for “Booch”

Kombucha is in the forefront of people’s consciousness now because, in general, people are always trying to be more healthy. There’s a lot more good, solid evidence out there that fermented foods and drinks are good for your body. There are thousands of studies about probiotics, and we learn more and more every

day about how probiotics are in charge of so many systems in your body – besides your gut. It’s connected to immunity. To happiness.

Kombucha is really basic. It takes only a few ingredients. You make a sweet tea – just like the sweet tea you would sip on your front porch. Then you put a mother culture in it. If you make plain kombucha, it doesn’t taste terrible, but it doesn’t taste really great either. It’s very tart, like a vinegar. The longer you let it go, the more tart it gets.

Kombucha has evolved from where it was decades ago. Our company has really perfected the right time to harvest kombucha, so it’s not too tart so that it turns people off, but still has the maximum probiotic benefit. If you let it go too long, the probiotics actually die because there is no sugar to eat. We’ve found the perfect balance. We also perfected how to make the flavor of the kombucha pull through.

A lot of the large scale commercial companies flavor with commercially produced fruit juices that are made for flavorings. But we use almost all locally-sourced fresh fruits and herbs. As many of them we can get from local farmers, we do. We are really getting it fresh.

Because kombucha is a living thing, distribution is really important. You wouldn’t send your baby on a freight train or a tractor trailer by its self and expect it to arrive in Wilmington, North Carolina okay. Because kombucha is living, it has to really, really be cared for well. If anything happens in the distribution change, it arrives damaged. Our kombucha arrives within days or weeks of being made right here, and it is cared for every step of the process. Kombucha that travels in a controlled environment is still excellent. A large distribution chain allows for balls to be dropped and inconsistencies in the quality of the product.

Kombucha is non-alcoholic – it can be alcoholic because that’s part of the fermentation process – ours is tested through App State University, and it’s below the legal limit which is a half percent, so it’s non-alcoholic. It starts with a scoby starter, which then feeds on sugar and yeast, and it creates the probiotics. Each one of our fermenters is 260 gallons. At Panacea Brewing Company, we do two fermenters, and we have to reserve starter. It takes about a week for the whole process. And we stagger the fermenters, so we always have new batches. 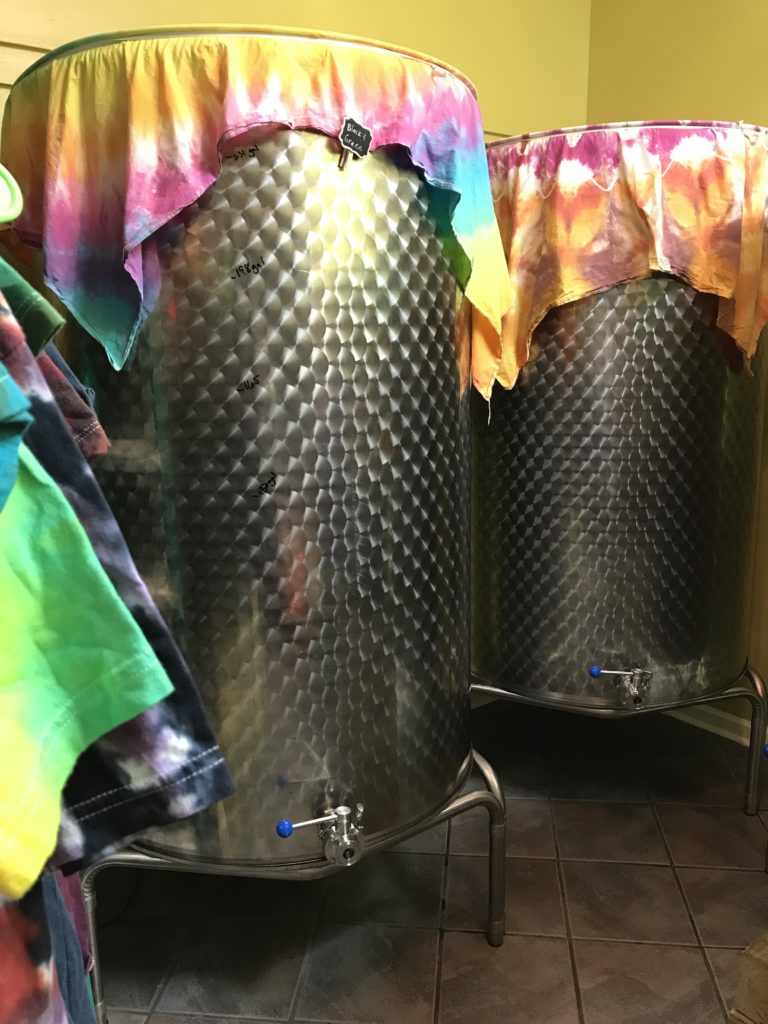 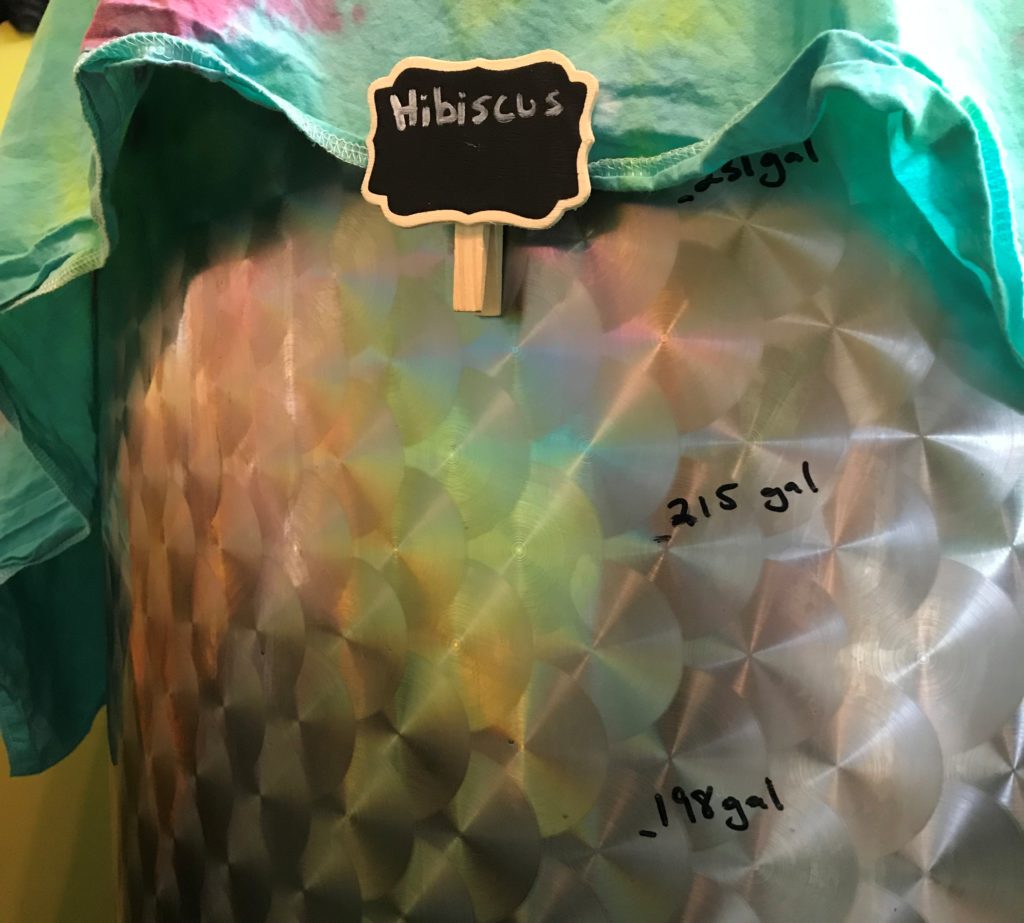 Coming Together to Seize an Opportunity

We’ve been brewing out of our Eastwood location since February 2017. Panacea started in July 2016, first in an incubator kitchen in Pender country, and then in a commissary kitchen in town. We grew out of both those spaces really quickly.

Prior to this, I was a stay-at-home mom, a professional sewing blogger and a seamstress. I sewed, wrote about it, and people followed me. I worked online from home, and raised three children. My husband, Artie, has over 20 years of experience in the food service industry, as a manager and a chef. He ran large commercial accounts, like the hospital and Camp Lejeune. Coming together, we also had this great combined experience, he with brewing beer, and I had been experimenting with other probiotic drinks.

Artie had always wanted to have a brewery, but I’m not a beer fan, so I couldn’t get on board. We started making kombucha. He liked it. I liked it.

We did a little market research and we decided that this was the time to do this. It seemed like a good opportunity so we decided to start it small and see where it went. We’ve been amazed at the community’s response. The website and social media is me: my brain is being out there socially. His is running the kombucha production. My husband is really ingenious with finding a way to get things working, he is great at hacking things. He is having fun with this. He always loves doing something new, he likes solving challenges. Our company is growing so fast, every day is a new challenge and presents something new to figure out. He’s having tons of fun. He has such a good attitude about it. I sometimes wish things would be the same for two days in a row.

We started this business with nothing… basically just $600. He has figured out ways to do things by engineering around what we needed to build the brewery. We are really crafty. We resolved not to take loans to grow the business.

We thought we would be able to come in during the week while the Taproom was open, but it has been way busier than we expected. We can’t keg or brew because the doorbell is constantly ringing. People come and taste, and fill and leave, fill and leave.

The Start of a Kombucha Dynasty

We serve our kombucha from here at the brewery, and at sell at farmers’ markets during the summer, and now and again we do festivals and events. We’re in about 30 locations in the Wilmington area. Our goal is to double that by next year. Right now, we go through about 400 gallons a week. 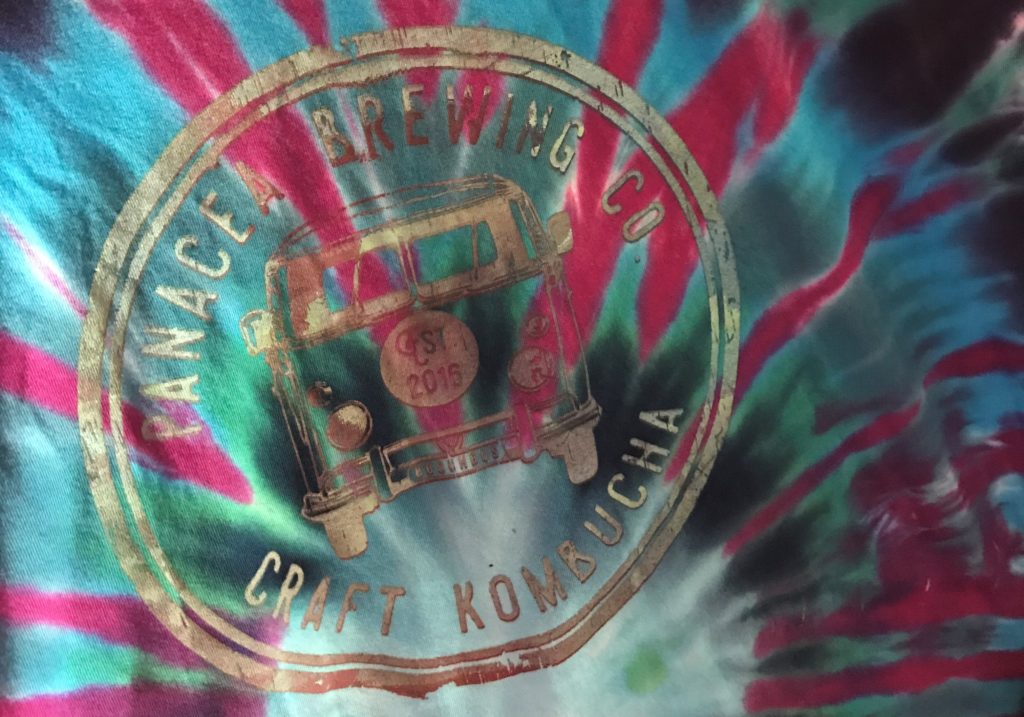 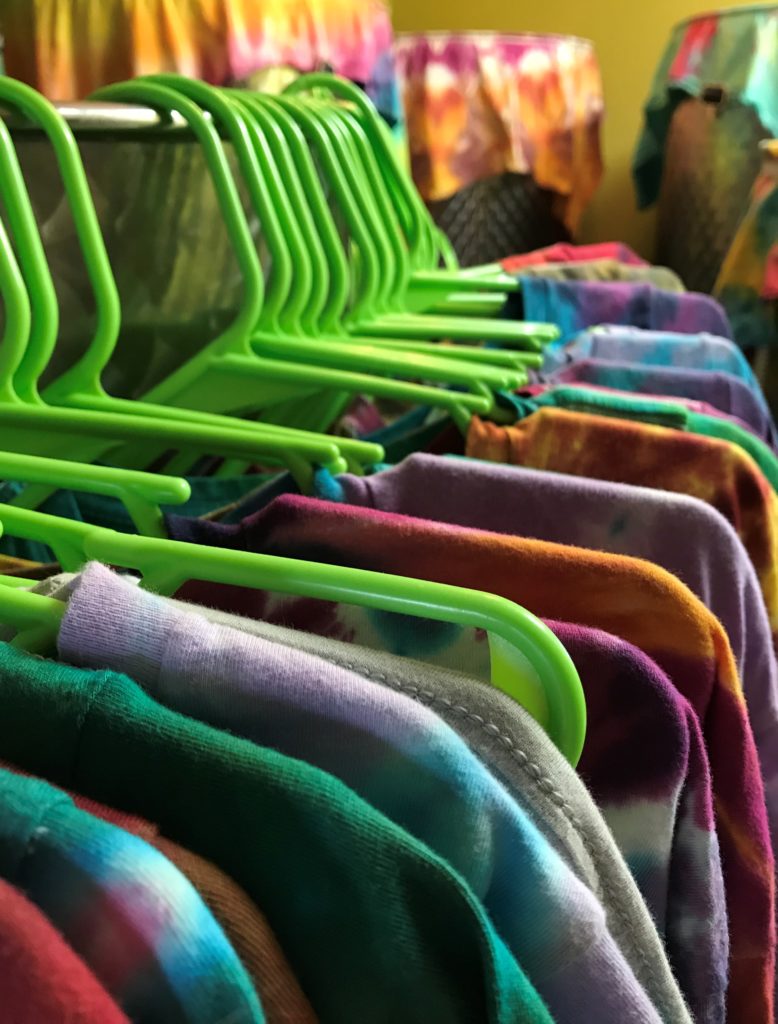 I love that we also get to use local artisans to make our merchandise too, like our t-shirts. The shirts are hand-tie-dyed, and we take them to another person who screenprints the Panacea Brewing Company Wilmington logo on them.

Right now it’s just the two of of us. Sometimes we get help for the farmers markets. Soon we will be taking on a full time employee, and then after that we know we are going to see some other marketing opportunities open up and we will have to bring on more people.

One of our goals is to get our license and brew alcoholic kombucha. There are a lot of beer drinkers, or previous beer drinkers, who have gluten intolerance, and kombucha beer is an answer to that. That’s where we’re headed down the road. We’ll still make our regular kombucha, too, of course.

Everything is going to be bumping up.