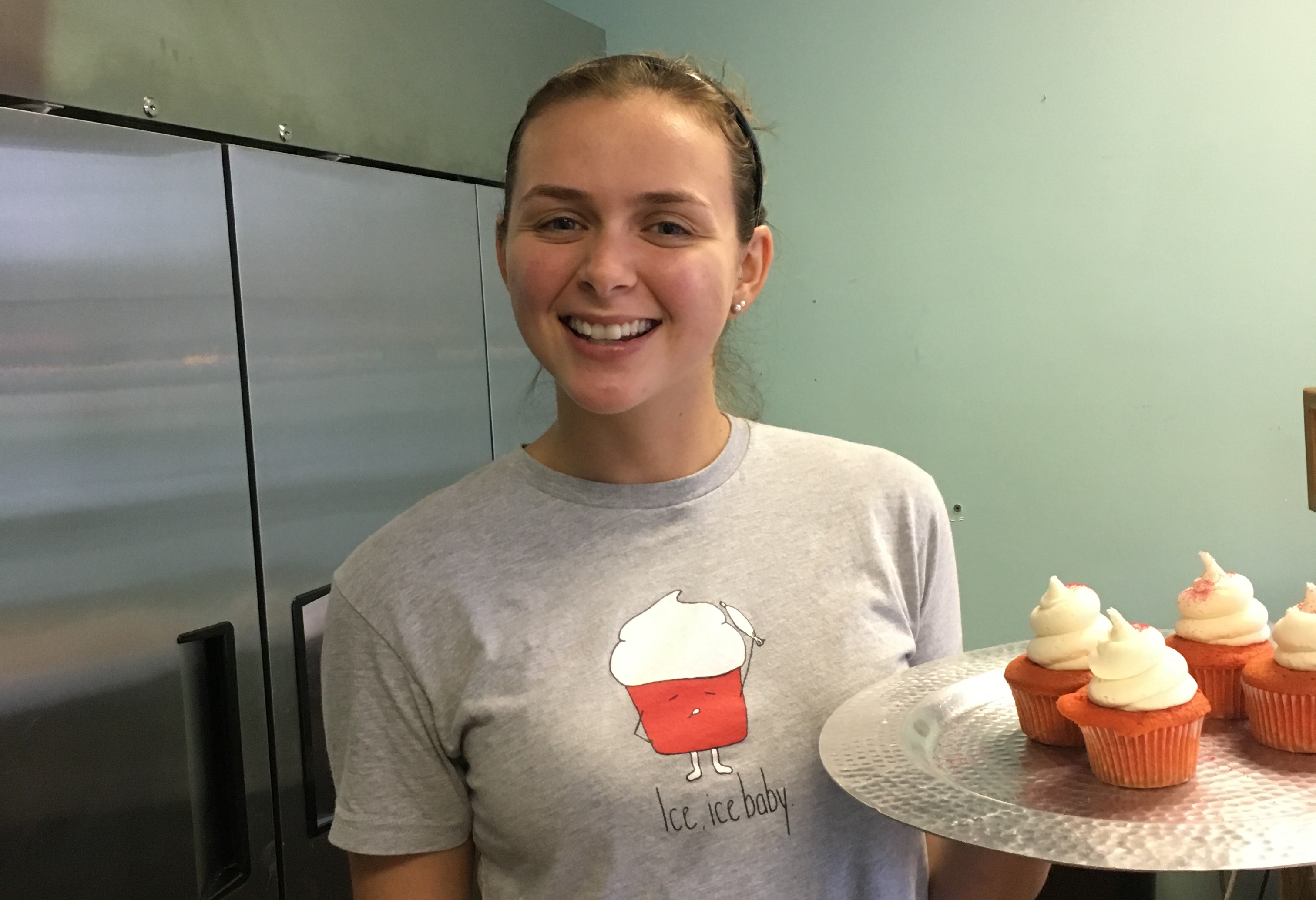 “When I go to other cities, I always try their cupcakes. I have to find a cupcake shop to see what they are doing. I have become really familiar with the whole cupcake culture. We’ve been in Wilmington for eight years.“

About that cupcake baker

I can be a cupcake baker. I wasn’t before I started at Coastal Cupcakes. I didn’t do my first bake here until this summer, and I’ve been here for about three years. In that whole time, I’d never baked in this kitchen! Then, the other day, I realized I was actually teaching someone how to make batters! Overtime, you get an eye for it, and a taste for it. 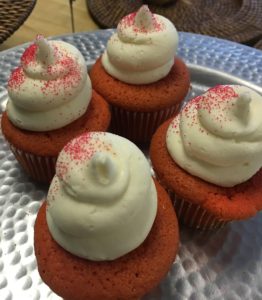 I started out here as a retail employee, to pay my bills when I was in college. When I graduated, I became manager and spend a lot of day now preparing wholesale orders, coordinating weddings, and making sure that the overall interactions and experience that people are getting in our store are perfect.

So many cupcakes, so little time

Some people who come in know exactly what they want. Lots of time, people come in buying for an office party or something like that, though, and they ask us to put together an assortment for them. That’s one thing that’s very important, when you are selling food that people buy by sight, is that things look very nice. Every cupcake has to be visually appealing. It’s like an ice cream shop, where you have 32 flavors all in front of you and you say, “That one looks good.” That’s how people buy cupcakes.

We feature all owner Kristen Spetrino’s recipes. Some of them she develops with research. Some of them are family recipes. The Key Lime cake is one of her favorites. She grew up in the Florida Keys and she brought the recipe from there; it’s now a Coastal Cupcake classic. 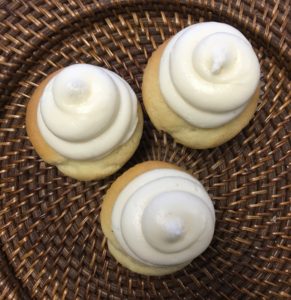 The reason that lots of cupcakes made at home aren’t like the ones in a cupcake store is that people start with a box mix. Every cupcake at Coastal Cupcake is made with fresh ingredients. The biggest difference, though is in the frosting. Even if people make their cupcakes from scratch, lots of times they don’t make their frosting from scratch. We make all our frosting in small batches – for example, some of them, like our cream cheese frosting, has only four ingredients.

Next up in the cupcake empire

We’re celebrating our eighth anniversary. Kristen is working on merchandising her frosting as a national brand. Coastal Cupcakes frosting is in nine states now. Yes, people can come in and buy just frosting – we even have little frostings in a cup with a spoon – everyone does it. 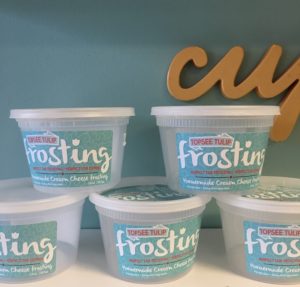