“It’s awesome working in a brewery. I get to use all the beer… we specialize in cross-utilizing. You know I love beer. Everything I’ve tried here, I love. “

A chef’s next thing

Change. That’s what it’s all about. Follow the trends, but you have to make them your own. People are excited to see me here, and it’s good to be creative. Everyone is telling me, “You’re killing it, you’ve still got it.”

I’m still working to get my input into everything we do here. For example, for the first time, I got a tomahawk – not precut, I’m talking the whole thing – as big as this table. That’s what we’re doing for

Father’s Day: giant tomahawk ribeyes. And I like planning the beer dinners – they are kind of like my Pop-ups. That’s how I started here. The position came open, and I dropped off my resume, and I got a call that there was a “unique opportunity.” They were doing a beer dinner in two days. They said, “We heard you are the man with pop-ups.” I came in, not even knowing this kitchen, two days, and whipped out the menu. I was close to having my own thing going, but I fell in love with working with Judd and the team here, and I had never had the opportunity to work in a brewery like this before. He has so much cool stuff going on here. You can’t get better than this concept in this town.

From interim to getting comfortable

Judd offered me the interim chef position for thirty days while they looked for a new full-time chef. I stepped in for the thirty days, and they had over 300 applications, all the way from California – everyone wanted this job. Judd made me an offer before they hired anyone else, and here we are. We have a great level of trust, and it’s a great working relationship. There had only been one executive chef here before I came in, and I had this opportunity to rework things and make them mine.

This is so local. All of the fish we are getting right now is spear-fished, either from the Gulf Stream, or inshore. We don’t cut corners, which is how I like to work. There’s nothing like getting speared lobster, and everything else fresh from the coast, too. 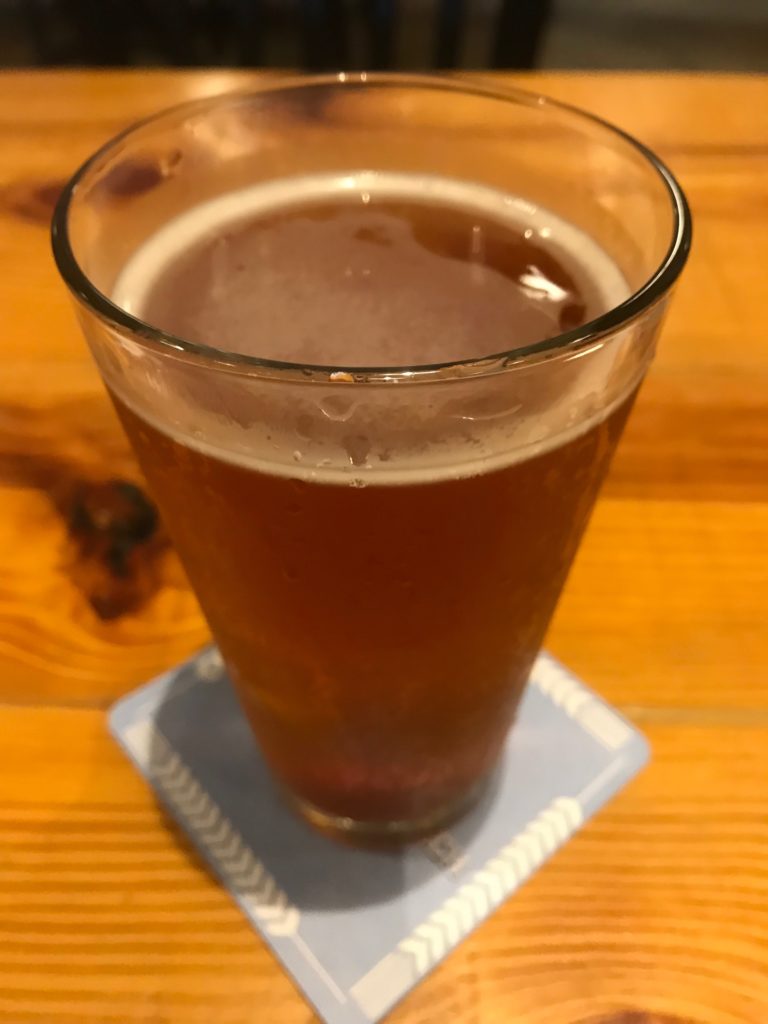 We do beer-brined wings, beer stews, and more ideas are in the works to incorporate all our beers into the menu, too. We are working with the flavor profiles that we know, and branching out from there. I’ve done beer pairings before, but not like here.

From Pop-ups to pairings

When we do the the pairing dinners, we do wine and beer. We incorporate the beer into every course; we know what goes with what, and know what we are going to use with each course. And each course is paired with both a wine and a beer, so people can opt for what they want to drink. They are really popular, we always max out at about 60 people, in one seating. They are the last Wednesday of every month. 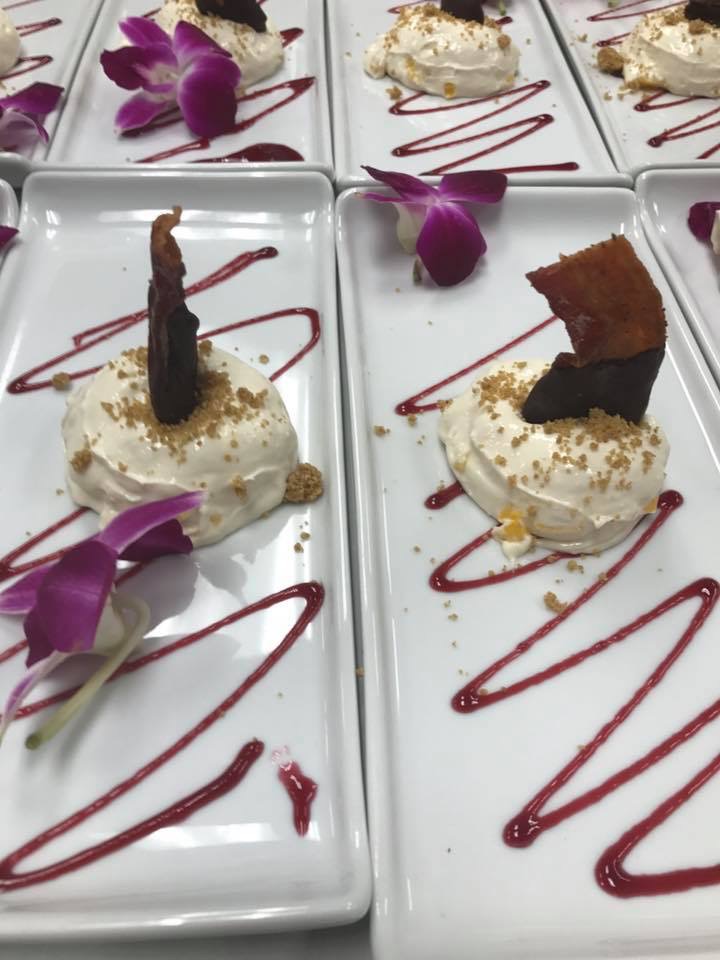 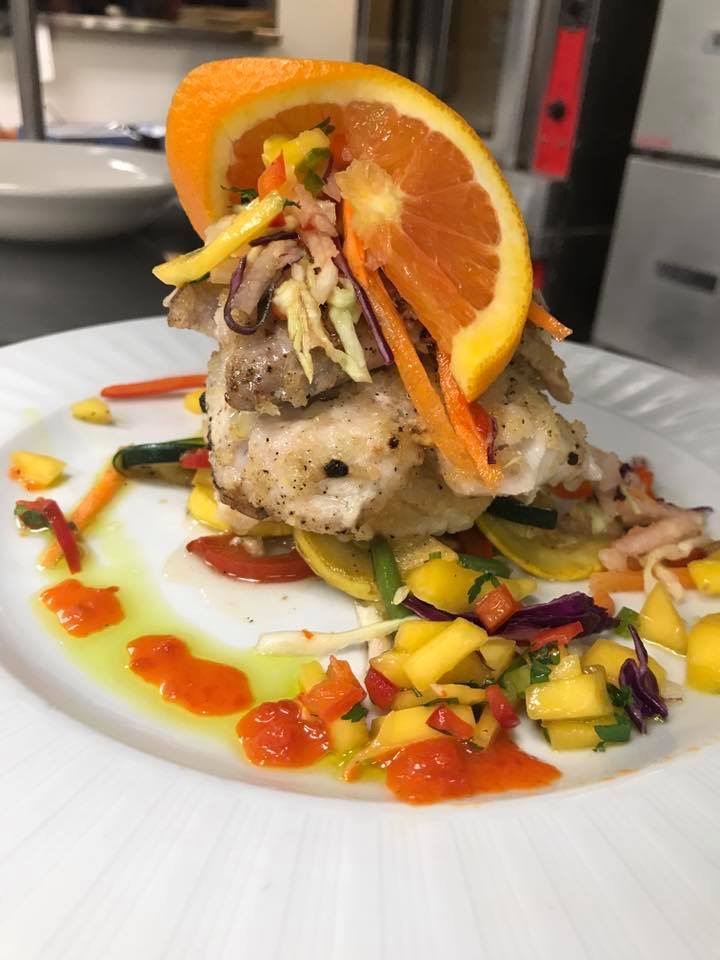 I’m not doing the Pop-ups any more, because they have been replaced by Wrightsville Beach Brewery beer pairing events. The pairing dinners – which are like my pop-ups – are once a month, which is great because it’s regular and I’m doing them more often that I could do the Pop-ups, and I have complete free-range. It’s a cool challenge. This month, we are doing a vegetarian/vegan theme. I get to be really creative. I’m doing things that I’ve never done before, I’m stretching. It feels good. As a chef, if you don’t do that, you’re going to go backwards.

For the pairings, the first one I came in and did was the whole cow that was fed on the grains that we use here for brewing. The second one was straight oysters, the third one was a pig that eating all of our grains – that was awesome – the fourth one was strawberries. I had beef and all kinds of things on the menu, and every course included strawberries, in every dish. Judd and I bounce things off of each other to get the pairing dinner menus pulled together. It’s a collaborative process. 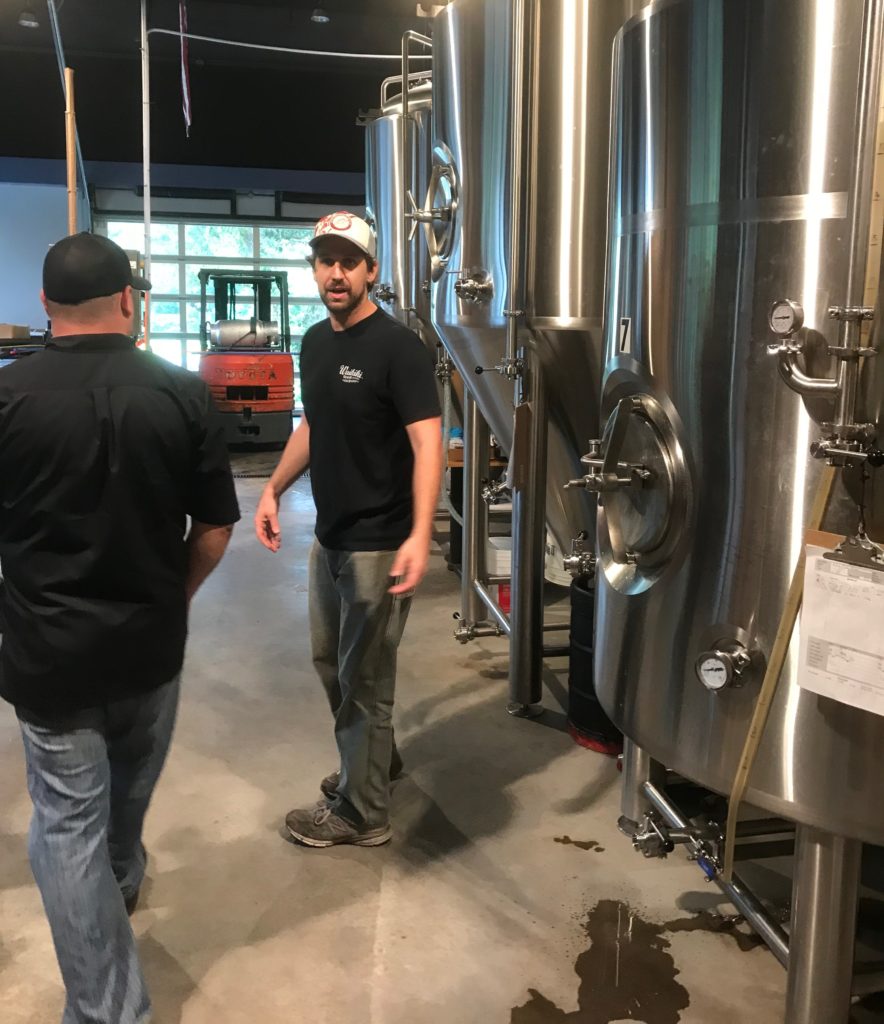 I didn’t know Judd Watkins before I came in here. I knew “of” him, he’s been in the business for a long time, and he’s a real part of Wilmington. He’s cool, calm, and collected; he’s awesome to work with. He’s not a crazy Ramsey-type. He’ll get back there and clean a fryer if he has too. Now that I’ve got the kitchen on lock, though, he can concentrate on the beer, which is his passion. That’s why we are a great team. He’s been winning awards with his beer, so it’s an awesome product. Our beer is sold all the way up to Asheville. And, Judd did this place right, everything from using the trees they cut down during construction for the bar and tables, and building out the brewery with the best of everything – we’re getting a new tank today, too.

We’ve got competitions coming up, and we are trying to get some chef collaboration dinners planned. I’d love to do that. It would be great for Wilmington. Wilmington has such a great cooking scene. We need an Eastern North Carolina cooking competition, it would be killer. Wrightsville Beach Brewery did the Airlie Garden craft beer fest, and we have a lot of things coming up because those are good for us.

Don’t miss a beer pairing dinner, and get the Chef Porter “Pop-up Experience,” when you find the event dates on the Wrightsville Beach Brewery Facebook page.