“It’s really important to me that every grilled cheese is a great experience. I’m always trying to perfect the sandwich.“

Before Crust, I had a restaurant in Southport – it was a deli and coffee shop – and Stacey had an ice-cream popup in Southport. We sold our businesses a couple years apart, but both moved up to Wilmington. So we knew each other in Southport, it’s such a small town. After we had both been in Wilmington for awhile, we started throwing out ideas about what we could do next.

We both live downtown and we wanted to do something downtown. We love it because there is such a sense of 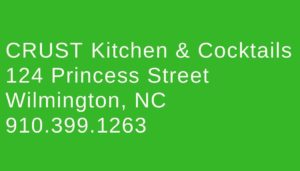 community here. That’s really important to both of us.

I was thinking in the sandwich realm, but not wanting to go back to a deli. We wanted to do something fun, and something inspiring.

So, it was grilled cheese. Who doesn’t love cheese and bread?

I did the ice cream pop-up for one summer in Southport. Crust is so different from running a pop-up. It’s fun, and it’s so much work. We really hit the ground running; it’s been amazing. The hurricane shut us down for a bit. We had renovated the restaurant, and then we had to renovate again. 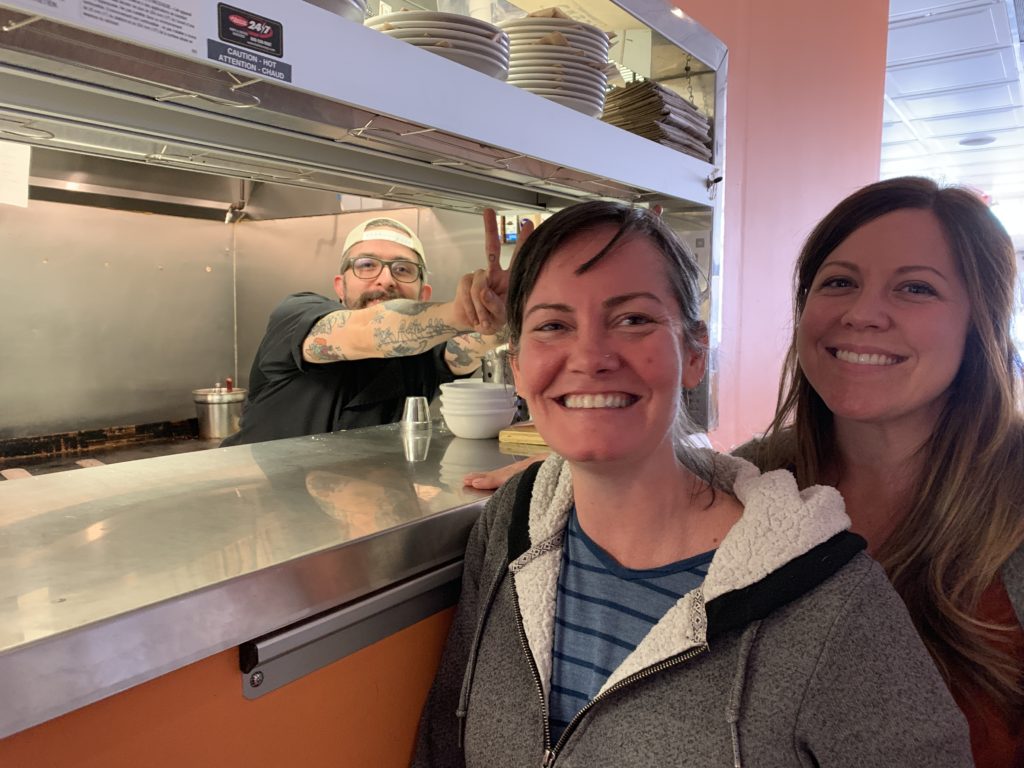 Of course, we eat a lot of grilled cheese. On our menu, I’m into the Desparado right now. But it changes. At some point ever since we’ve opened, I’ve had a different favorite grilled cheese here. Everything is really flavorful.

Brian, our chef, is Stacey’s husband. He’s always coming up with interesting concepts to interpret the idea of a grilled cheese.

Brian has a lot of culinary experience; he graduated from culinary school in his early 20s trained in classic French cuisine. He created the menu. We knew early that he would develop the menu and that Emily and I would do the front of the house. We may give him a little input, but he ignores us lots of the time. He just rolls his eyes and is like, yep. He’s taking all his culinary experience and having fun with it. 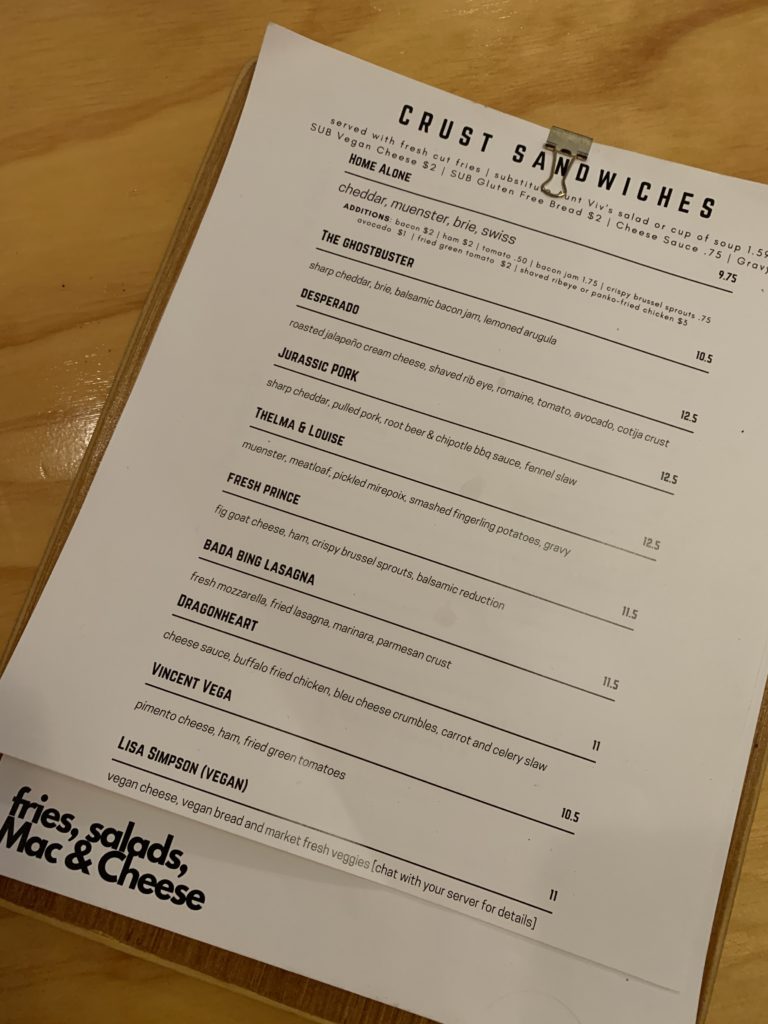 I try to take every sandwich to another level. Everything here is made from scratch. I like to say that we have the most expensive side of gravy here, in terms of the time and ingredients that go into it. It kind of comes from every kitchen I’ve ever worked in, there’s been bread, and there’s been cheese, and maybe pasta with marinara sauce.

And you just put that together in a busy kitchen because you don’t have time to eat anything else. But a lot of Italians grew up on that. A sandwich can be a combination of what you love, and I think everybody likes to eat like that. There’s something comforting about it.

We never grew up! With a grilled cheese, people always get what they are expecting, but then we surprise them with the combinations.

People really get it. And they really love it. If we give them the best things about a great grilled cheese sandwich, and add something exciting, it takes them to another level. 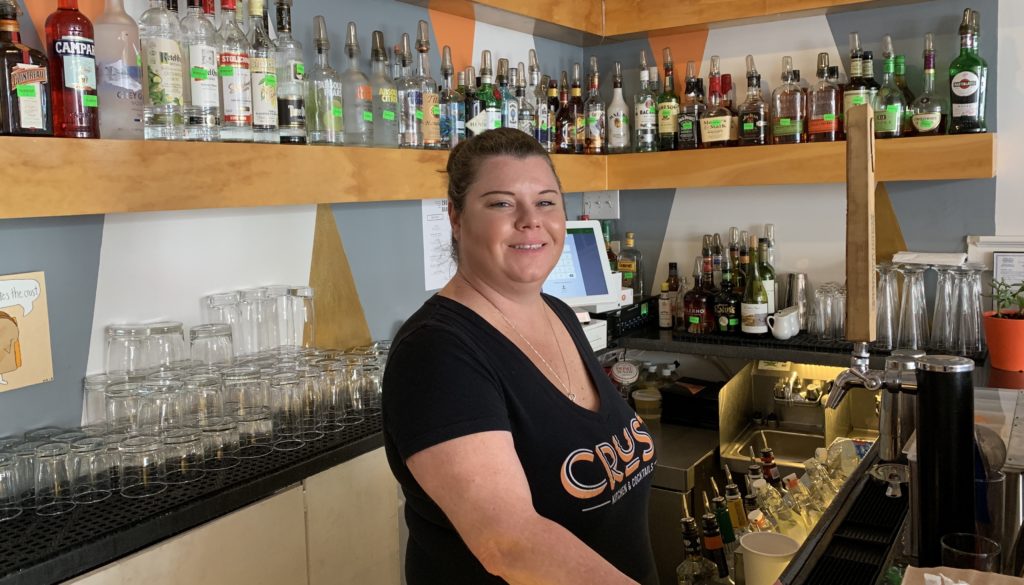 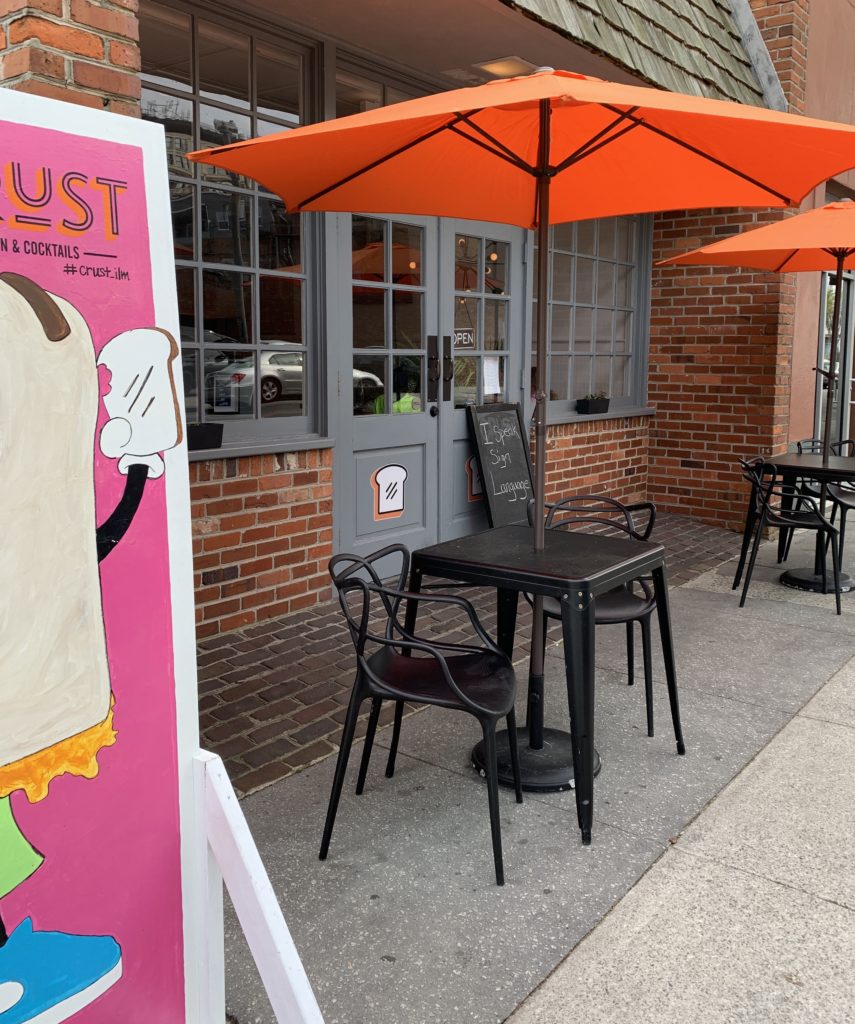