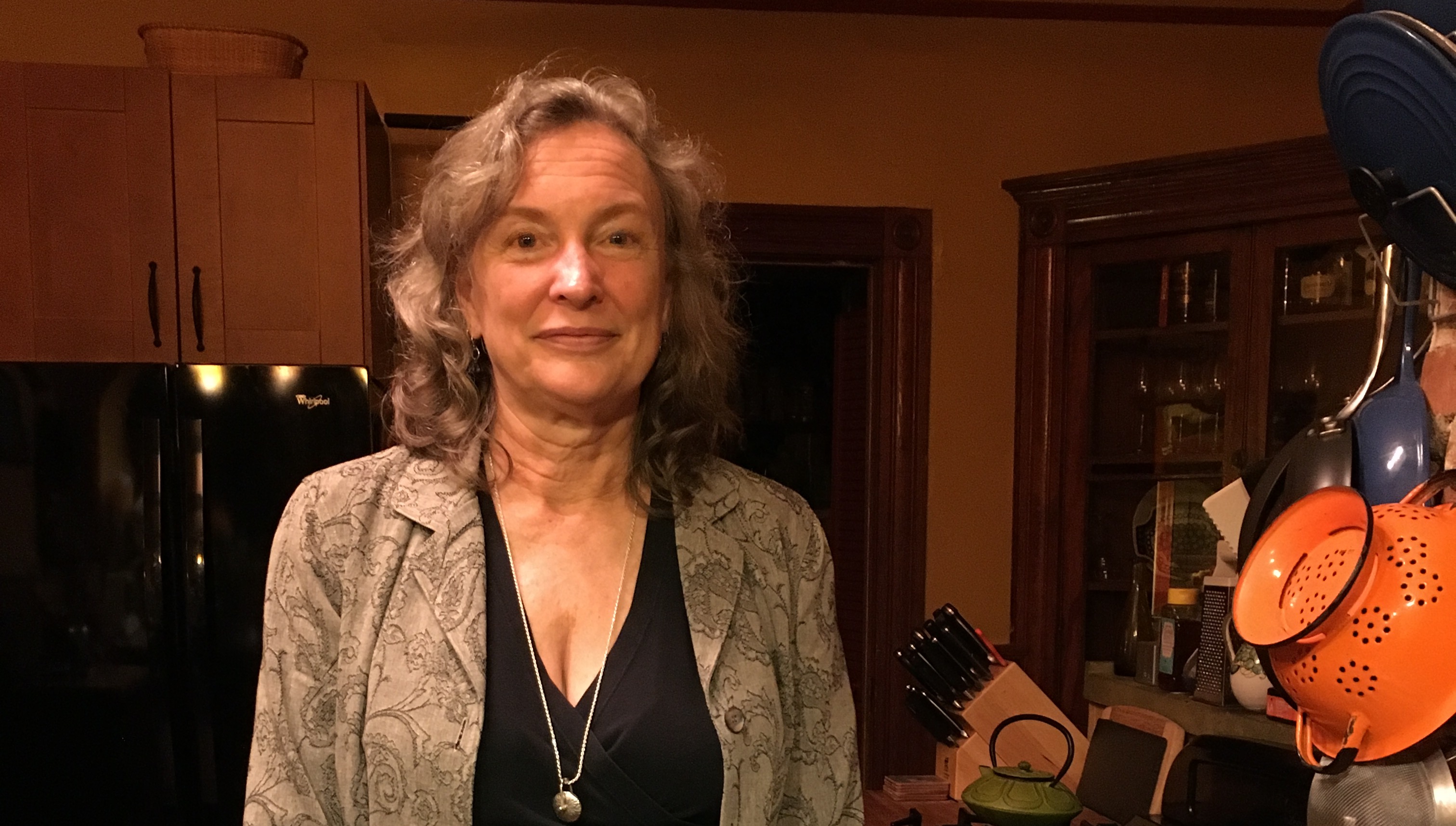 “I’ve probably taught more than 35 different classes since I started at Cape Fear. We’ve sent thousands of students into the culinary world: from here all the way to Antarctica.“

When I first got here, there was nothing but “meat and three.” I’m not saying that’s a bad thing, but like every where, the large cities are ahead of the curve and the smaller cities kind of come along. There’s a lot more variety now. Regional places here are interesting. The scene is different from place to place, depending on the geography. I think it’s really exciting to see that growing. And because we have tourism, that makes a difference because otherwise Wilmington wouldn’t support a growing restaurant scene.

Jumping into the Fire

I started out with a double major in art and criminology from Illinois State University. I worked with troubled youth until the 80s when a lot of funding was taken from social service programs. I had worked my way through college in restaurants. In high school, too, I had worked in restaurants. It was one of those things I could always go back to.

My mom, growing up on a farm, having to chase and kill the chickens, make canned ketchup… she was maybe the first person to purchase the “I Hate to Cook Cookbook.” She really did farm-to-table. She had the meat grinder, a pressure cooker, everything.

Then, she got to a point where she was like, “Enough, already.” She actually got a part-time job so we could eat out. She’d just had it.

I’d go stay on the farm with my grandma, and she was a cook, but I really got the food bug from working in restaurants all those years. When you work in a restaurant, they are always like, “Here, try this.” And instead of going to restaurants and just always ordering the same thing, I would try different things. I remember one night, it had been a really busy night, and the owner said, “Everyone, steaks on me.” And I asked for mine medium-well, because I was used to my Midwestern parents. No blood on the plate. He said, “You will not, you’re not going to ruin a rib-eye. You’ll have it medium-rare.” It was delicious. So I developed by working in restaurants and being trained to try different foods, and to be open to the experience. To venture out of this church potluck thing that I grew up in.

I went to culinary school in Chicago, a little private, classic school that no longer exists, Dumas Père. At the time, they had more of a culinary education, not an industrial program, like at Roosevelt University. 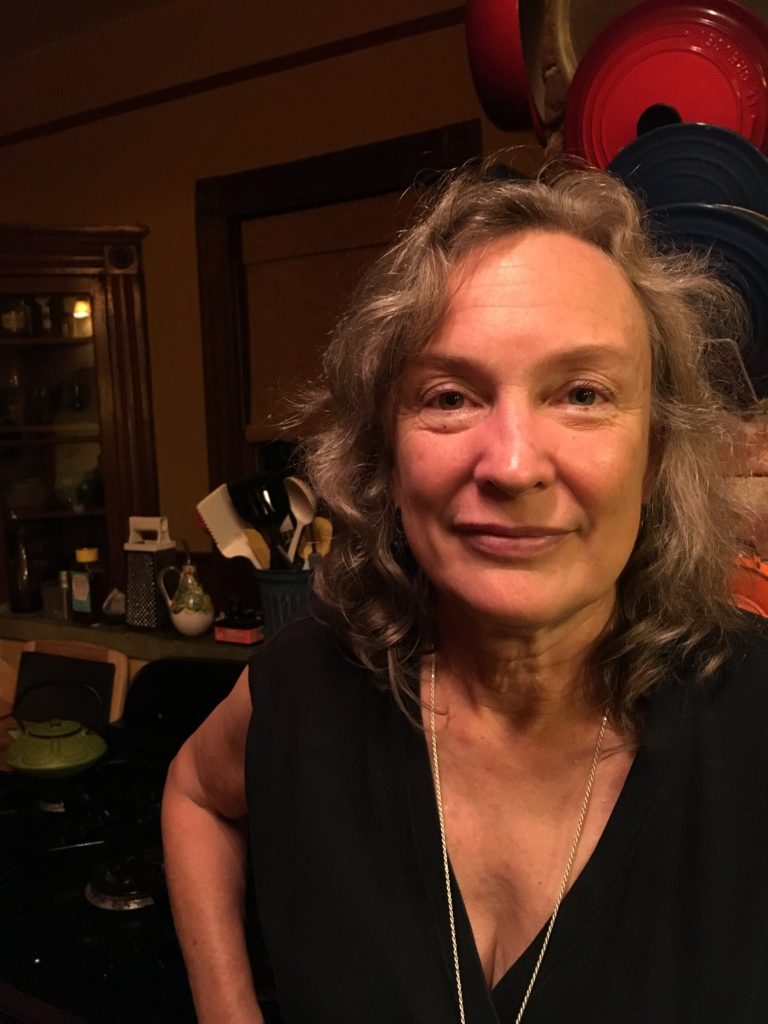 It was when culinary schools were just at the cusp of teaching culinary arts. I was interested in that kind of cooking. I was working in the Pump Room as a server, and at the Marriott as a banquet server.

At the Pump Room, I asked if I could work in the kitchen, just for free, to get the experience of watching all these guys, the classically trained chefs there. Rich Melman, of Chicago’s Lettuce Entertain You, owned it then. When I was waitressing at the Pump Room, no one noticed me – why would they! – we wore tuxes and there was a harp player. It was that kind of place. But as the only female down in the prep kitchen, Melman said, “Who are you?” So I explained I was going to culinary school.

When I was in culinary school, one of the women got a job at the Ritz Carlton, in the pantry kitchen. She said, “Oh, this is too hard, I quit.” I went there that day and told them I wanted that job. They told me that I would be the only woman there. I told them I would keep the job, and I got it. It was all these old European men: French, Austrians, Germans. It was very Chicago in the 80s, very international, and they were working on their Michelin Five Stars. But everyone was asking me why I wanted to be in the kitchen, you’re a pretty girl, you should be out in front making big tips.

It was a great experience. Once we had a prince stay at the hotel. His taste tester had to try everything first. Jackie Kennedy Onassis used to stay there – what she ordered was outrageous.

They used to play tricks on me. My station there included oyster shucking. One night, it was just 5 minutes before I was leaving. The ticket machine started to go… and it was an order for 50 dozen oysters. So I started to shuck. I was so dismayed. And they were all watching me. Then they started to laugh, and pulled out 48 dozen, already shucked. They had known this order was coming down. They just wanted to see my face.

Because I worked in the kitchen, I had to be there at 6am. I would get up at 4:30, take the subway. One time, I woke up with a temperature of 104. I was assigned to the “old chef.” I knew I couldn’t NOT go in. I knew I’d lose the job. I was like 23. We were all running around. I was dying. And the chef was on the phone, you know, shouting, “Must I go to France to get chickens!” There was a catwalk over the whole kitchen – you could see over everything. The chef looked at me and said, “Come with me, girl.” It was the end of the day. The chef took me up on the catwalk, and he yelled, “All right, everybody. I knew this would happen.” He was fuming. He shouted, “Who got her pregnant? She has been sick all day. She hasn’t said anything, but I knew if we had a woman in the kitchen this would happen. Someone did this.”

I was like, “Oh no, chef.” [laughing] I wish I had the pictures from those days. I survived. I worked there for over a year. When I left, all the chefs from the Ritz Carlton signed a menu for me. The old French chef even treated me to dinner. It was one of the best dinners of my life. He said that he would choose everything. It was just great.

I went down to Florida, to FIU, and got my Masters’ in Hospitality Management. I lived on a sailboat, and then went to the Caribbean and was doing property management and sailing charters. I lived in San Juan. I love Caribbean food. I was there for eight years. That’s another part of learning to appreciate cuisines: traveling and living in different places. I love octopus salad. I love Ceviche’s here – they’re doing a fabulous, authentic, interesting job of producing that kind of food.

What’s Cooking at the College

I’m into my 24th year at Cape Fear Community College. Prior to this, I taught for two years at Mount Aloyisius College, in Cresson, Pennsylvania, a private 4 year Sister of Mercy college. I was in a similar position, over the hospitality, travel and tourism program.

I teach a class at Cape Fear Community College that I’m really proud of, Service Learning. We meet at Good Shepherd homeless shelter and help to sort and put away the incoming donations. We put together the boxes, it teaches critical thinking. The students also serve and learn how to do banquet service. They learn how to problem solve. For me, the shelter is kind of the heart of hospitality. If you don’t care about people being hungry, and needing a roof over their head, then you are in the wrong business. I think you need to get that part. It should come from, “I really want to do this.” I teach work-based learning and make visits to student job sites, and teach the seminar that goes with it. I teach sanitation and safety online, for their ServSafe certification. I teach dining room service, and we have our little restaurant, Our Place. I also teach leadership and restaurant management. I’m the co-author of the book we use for that class. Sometimes people in the industry just take one class. Some classes have prerequisites.

With Chef Pete Baxley, who was formerly the chef at the City Club, I hand-select three menus from what our students have prepared, and then we produce them in the dining room. It’s important to see how, not just theoretically, but in practice, a menu is going to come out with respect to budget, taste, the whole thing. We do a menu upstairs at Bluewater, too. It’s all very hands-on. I also facilitate a wine appreciation class.

I’m advisor for the Pineapple Club, which raises money to take students to Chicago every year for the restaurant show. Taking students to Chicago is a big deal. Lots of times, the students have never flown or been to a big city. I take the women to the Russian Tea Room for a special outing. I always do something for the guys, like go to one of the big museums.

That Moment of Satisfaction

When you see those moments of students having real successes… when the light bulb goes off… when we go to Chicago and I see that the students know they’ve earned that trip. For a lot of students, this is the first time they’ve really succeeded. Some people just blossom in this kind of program.

For some, of course, it’s not a fit, even if they start out really enthusiastic, they burn out because it’s not what they thought it would be. It is a hard business. Do I ever see a star waiting to happen? I don’t know. You have to have energy. You have to have stamina. You have to like people, and I know that’s an over-used phrase. But, not everybody does. But it’s not really high stress. The emergency room is high stress. Air traffic control is high stress. You learn to manage the stress if you want to stay in it.

Restaurants and the Economy

I hate to hear “burger flipper” and “dead-end job.” No. First of all, it’s NAFTA-proof, you can’t export these jobs. If you’re going to have a restaurant in Wilmington, it’s a restaurant in Wilmington, employing people in Wilmington. Buying things locally. If it’s a chain, yes, maybe buying elsewhere, but still they are employing local people, and not all just hourly, there’s management too. Linen supplies. Uniforms. The ripple effect of the business is really important. It is a great first job. It’s often not the primary source of income for a family, but it’s an important source of entry level jobs for every community. In this business you can move up. Education helps.

I’m not a foodie 24/7. Sometimes I’ll just make myself nachos for dinner – not really good nachos, just nachos. [laughing] I’m not a chef. I’m just a cook. I’m mediocre. I love food. I love wine. But I can go to the movies and get a tub of popcorn and be really happy. It doesn’t all have to be an experience.

We are very strange about how we eat, the things we would just discard. People in other parts of the world are grateful to have a protein on their plate, any protein. A pig’s ear. It’s something to reflect upon.