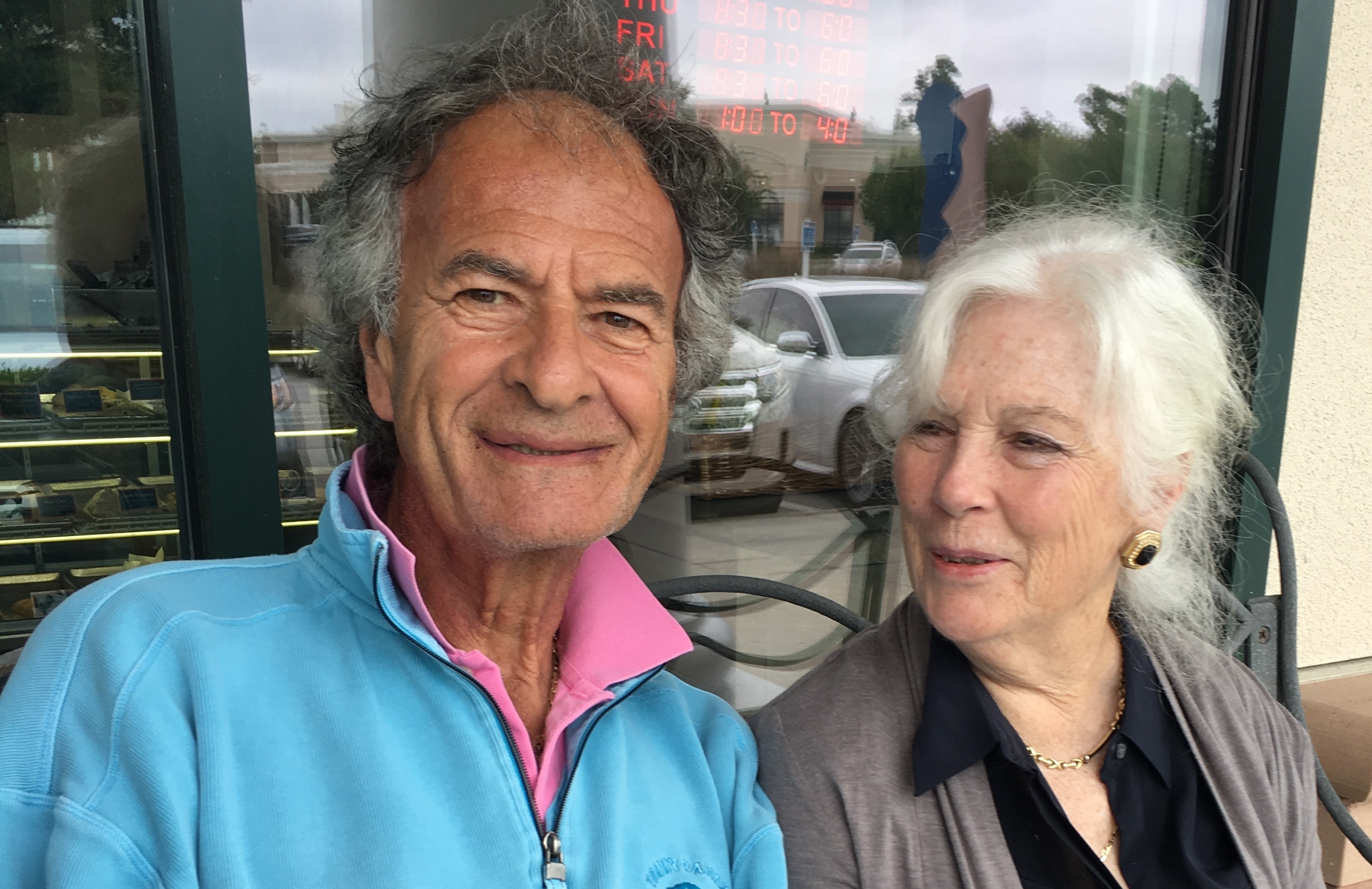 “Greek food is the medical prescription of this decade. Oregano, fresh mint, cold-pressed Greek olive oil… they are the basis for the diet that is the best for your health.“

Elizabeth and Alexis Fouros revel in Greek cooking, an abundant kitchen garden, and turning their passion for flavorful, simple, healthy food into beautiful cookbooks. From their home in Wilmington, North Carolina, they frequent local farmer’s markets and specialty food markets, and enjoy an expansive local network of food enthusiasts and restaurateurs. Alexis is a chef and author of Feast for the Gods; Catherine is editor and agent, and an accomplished cook.

Elizabeth: Alexis has been here for eight years, I grew up here. We sell food and cookbooks. We have worked as many as six farmers’ markets a week, all the way from Onslow to Wilmington, so we know what’s out there, what’s local and what’s not. The food we prepare to sell at the markets is predominantly Greek, and a little bit of Italian, and occasionally, something French.

Alexis: I’ve been a chef since I was [gesturing] that little, with my grandmother, and my mother, since the age of four.

Elizabeth: … but officially since he got out of the Navy.

Alexis: I opened my first restaurant in 1972, named Theodoros in New York City. There was a college there, called New School. A lot of the people from the faculty there used to come to my restaurant, they were a Weight Watchers group. There was a group of them that came in every day for lunch because they were eating healthy – the kind of Greek food I was cooking. They asked me to help them open a culinary institute at New School.

I was also a part-time senior instructor at the CIA – Culinary Institute of America – in Mediterranean cuisine. I worked with a lot of chefs. Each time I would hire a chef at one of my restaurants, I would work with them, a week or ten days before they started working, to teach them what had to be done.

My forte – and I’m really proud of that – is how to use herbs to compensate for less salt, and to lift the flavor of the protagonist on the plate; the protein: chicken, or meat, or fish. You are supposed to cook to enhance the flavor, not to cover it up.

We eat healthy every day. I only make a dessert maybe every two months.

Elizabeth: We are working right now on a second cookbook. It has a working name that hasn’t passed the legal status. Right now it is just “cookbook two.” The idea behind it is to savor the tastes and the flavors of Mediterranean food. My mother was a classically trained cook, and I learned from her. If you go to one of those classic French cookbooks, most of the recipes that they taught were about sauces. How to put things together. The spicing. They were a very good cookbook for everything. I still use them sometimes, when I need to check something. My father was the food editor at the Tribune in New York, and I grew up in the media world, and with cooking and food. Then, I lived in the little town of Wilson. My parents sent me away to school when I was thirteen, to Richmond, Virginia where I had access to much more culture and food. Food is in my family. My brother has owned three restaurants. It’s in the family! I also spent a lot of time in Europe. Working with Yves St. Laurent. I met lots of designers, and chefs, like Paul Bocuse and Gaston. I worked with them, so I got to go in the kitchen whenever I felt like it, and I wanted to learn from them. I spent a lot of time learning food, but I never worked in a restaurant in America.

When I met Alexis, and he came to my house, the first thing he did was go into my garden and start picking herbs and tomatoes.

Alexis: She is a smart lady. She had it. She had the guts to make me dinner that night! She made me one of the best chickens I’ve ever had in my life. Plump, perfect, garlic roasted chicken.

Alexis: One Saturday afternoon, we were deciding what we were going to do for dinner. It was summer, right? We were at the farmer’s market in Westport Connecticut. There was Jacques with his wife, with a basket for food. And he came to me and he said, Alexis, I am here. Let’s cook, you cook French and I will cook Greek and we will let the ladies judge. But we didn’t provide for an appetizer. So I made this little fish, this lovely little fish that you fry the whole thing… he ate it very quietly, after a while, Jacques looked up and he loved it, and he put it in his new cookbook and he called it la petite friture and…

Elizabeth: We did Feast for the Gods in 2009. We self-published the book, so we had no help from a publishing company. People love it. They buy it, then they come back and buy more and give them as gifts. 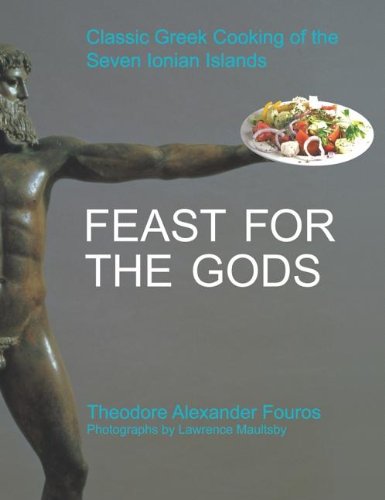 Alexis: It is just 300 books from being a New York Times bestseller.

Elizabeth: The second cookbook is done. Alexis has done his part, I haven’t done mine. I will finish it in the winter when I’m not doing six farmers’ markets! There will be time to sit at the computer and make sure that things are spelled correctly, I will do my editing. Then we sit down and we cook everything in the cookbook. If it’s my recipe, he has to cook it. If it’s his recipe, I have to cook it.

Alexis: When we were cooking the food for the first cookbook, we invited our neighbors to test it, so the food wouldn’t go to waste. We had to be very diplomatic, because we were in the middle of a presidential election. One night, we had one faction, the other night, the other.

Elizabeth: We also sent copies to my brother, and some to close friends, and asked them to cook from it, and see what they said.

Alexis: We’ve never had one complaint! It’s not easy to publish a cookbook. Some people think you do everything once. But I would say, without exaggeration, that 95% of the cookbooks out today, all the recipes don’t work.

You look at some cookbooks. There are six ingredients for a filet mignon. No. Make a nice, simple sauce! That is what our cookbooks teach.