Craft Beer and Local Cuisine Pair Off Under Airlie’s Stars 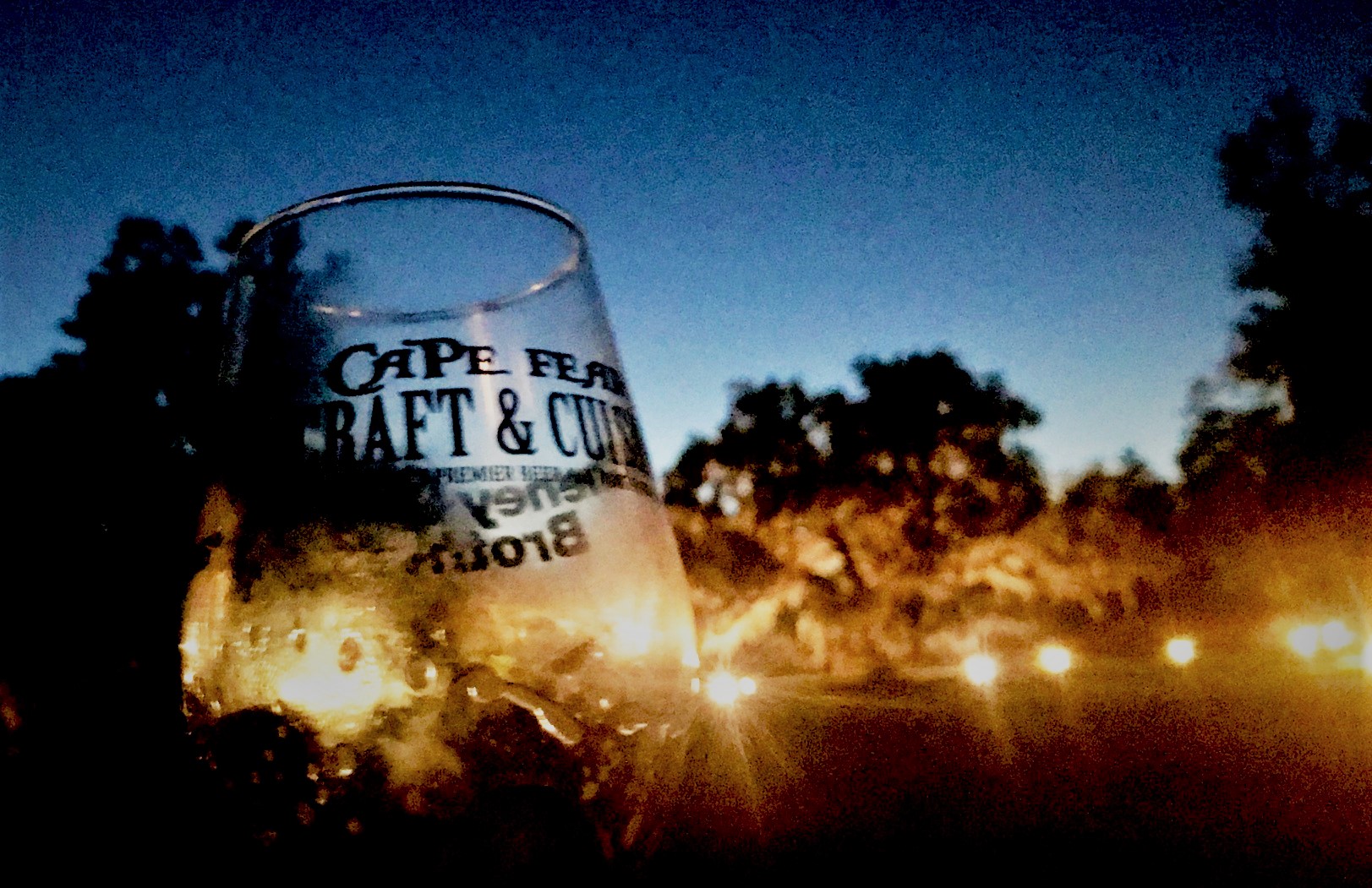 When I got an invite to the Cape Fear Craft & Cuisine food pairing event, I thought someone mistook ME for someone else with the same name.

I mean, hey, I like beer and I like food, but an event at Airlie Gardens sounded like something I’d get kicked out of for wearing a Taco Truck T-shirt and flip flops.

Well, that assumption was wrong on two counts.

They did, in fact, mean for the event invitation to come to me and once I found out it wasn’t a case of very fortunate (for me) identity theft I was extremely excited. Come on, beer AND food? Sign me up! And while I did wear appropriate “Big Boy” clothing, I probably could have worn one of my Taco Truck shirts and no one would have minded. The atmosphere there was more like a bunch of friends just hanging out or a wedding reception than a hoidy toidy, stuffy gathering. Still not sure what was more prevalent, food talk or laughter, but there was a whole lot of both, for sure.

Sponsored by food distributor Cheney Brothers, Inc. and Tote Glass, and hosted by the Cape Fear Craft Beer Alliance, the 2018 Cape Fear Craft & Cuisine brought together 26 pairings from the area’s best chefs and breweries. Hundreds of local foodies came together in the beautiful Airlie Gardens to sample dishes that teased the taste buds and brought awareness of exactly what’s going on in the culinary scene of the Port City and surrounding areas.

Hundreds of attendees crowded the individual pairing tables and received a sample of the beer to enjoy with the dish that had been exclusively planned and prepared to match the beer’s character. Dishes ranged from charcuterie to seafood, pork belly, tacos (woo hoo!), seafood, brownies and ice cream. Yes, brownies and beer DO go together. I made this attestation years ago as I scoured through an empty fridge with those two items being the only essentials I happened to have on hand at the time, but it was good to see skilled people creating such an innovative version of my claim. I can honestly say I’d never thought of pairing ice cream with beer, but seeing how each of them is one of the four food groups, I considered it a health food pairing. 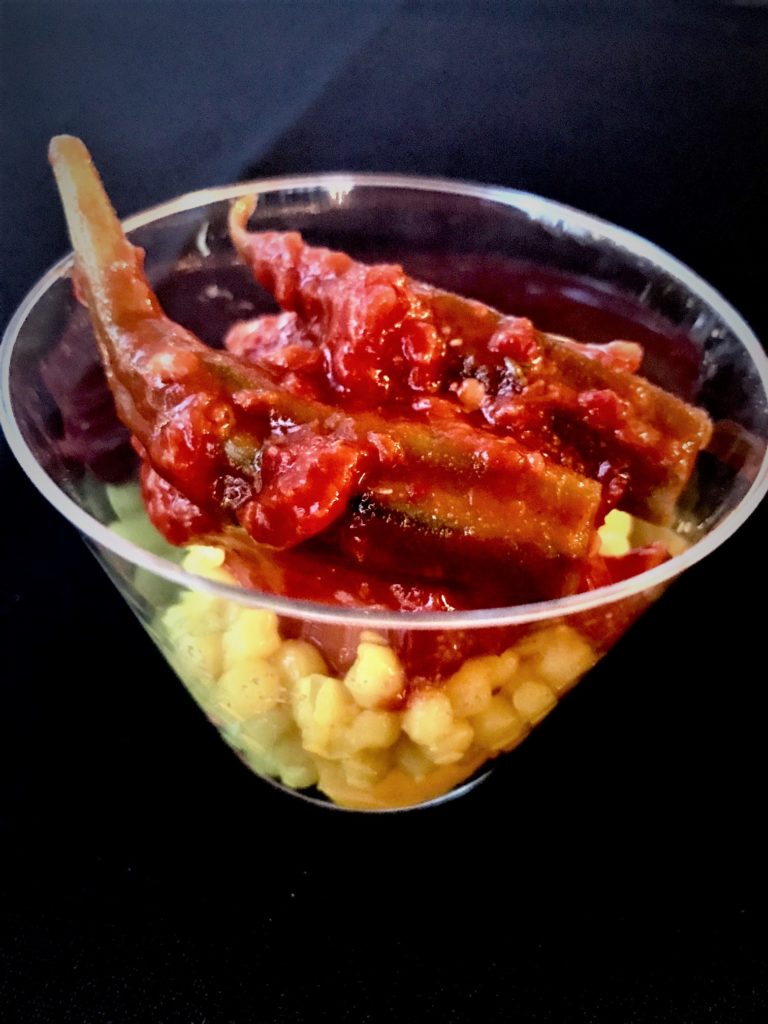 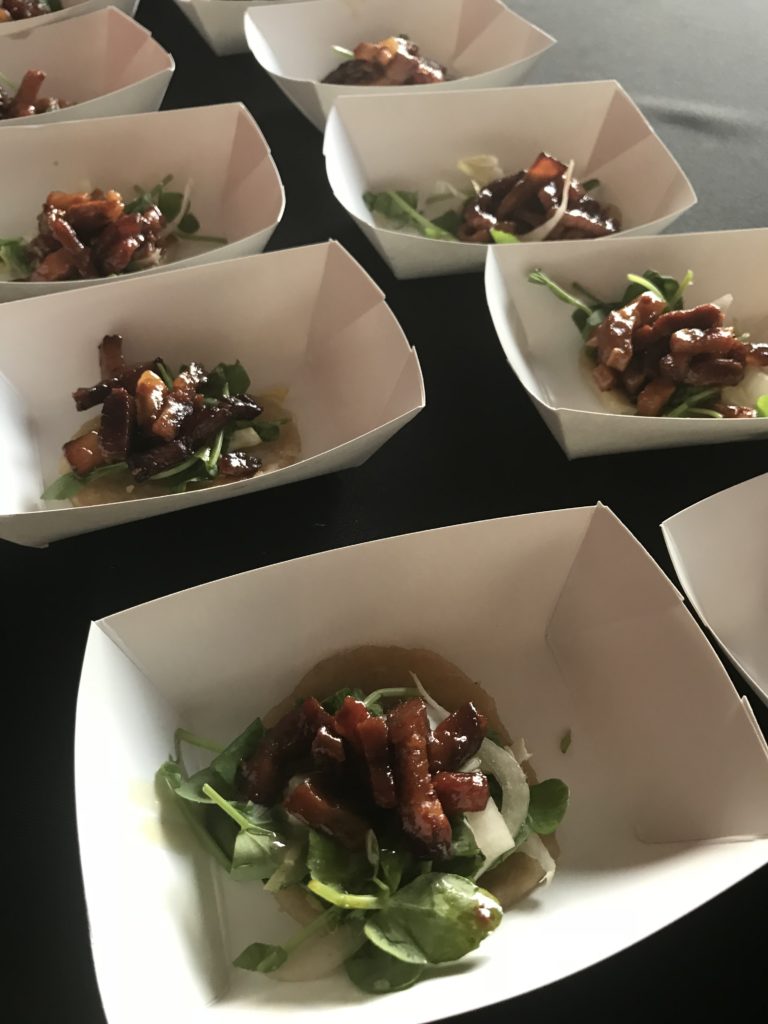 The weather was beautiful, the pairings were perfectly matched, and if anyone left there hungry or without having expanded their own thoughts on beer, food and the ability to pair the two, then it’s their own fault.

If you didn’t get a chance to go this year, start preparing for next year’s Cape Fear Craft & Cuisine. It will undoubtedly be another great foodie event you can’t afford to miss. 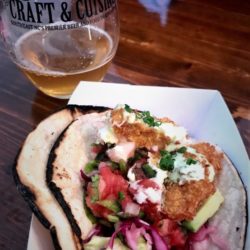 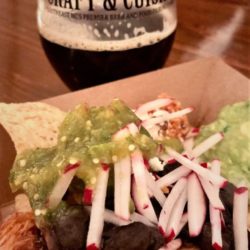 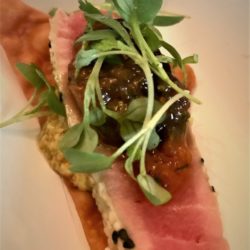 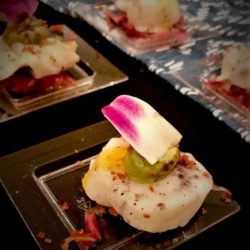 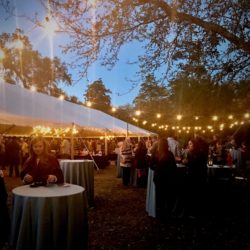 The crowd at Cape Fear Craft and Cuisine 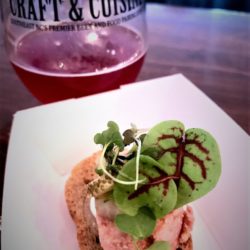 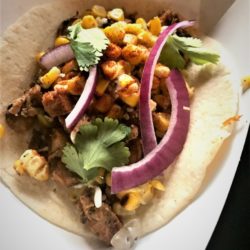 Contributing blogger: Ed Walsh grew up in Las Vegas, the son of an accomplished chef. Traipsing all over the world to more than 35 countries during a 21 year Marine Corps career allowed Ed to sample and appreciate all types of food from grass hut family dining to Michelin star rated fine dining restaurants. “I know my way around a dinner plate and I just like what I like,” he says. Asked what his absolute favorite dish from all of his international travels was, Ed quickly says it was his Mom’s spaghetti. Ed is single, and loves long romantic walks to the taco truck. He also loves spending time with awesome food – almost as much as he enjoys spending time with his awesome kids.
Author: Anne Rose
Filed Under: Food Features
Tags: beer, food pairing
Where There’s Beer in Cape Fear, There’s Fun. Lots of Fun.
Your Pie Pizza: Individual Pizzas Are Making All of Wilmington Happy