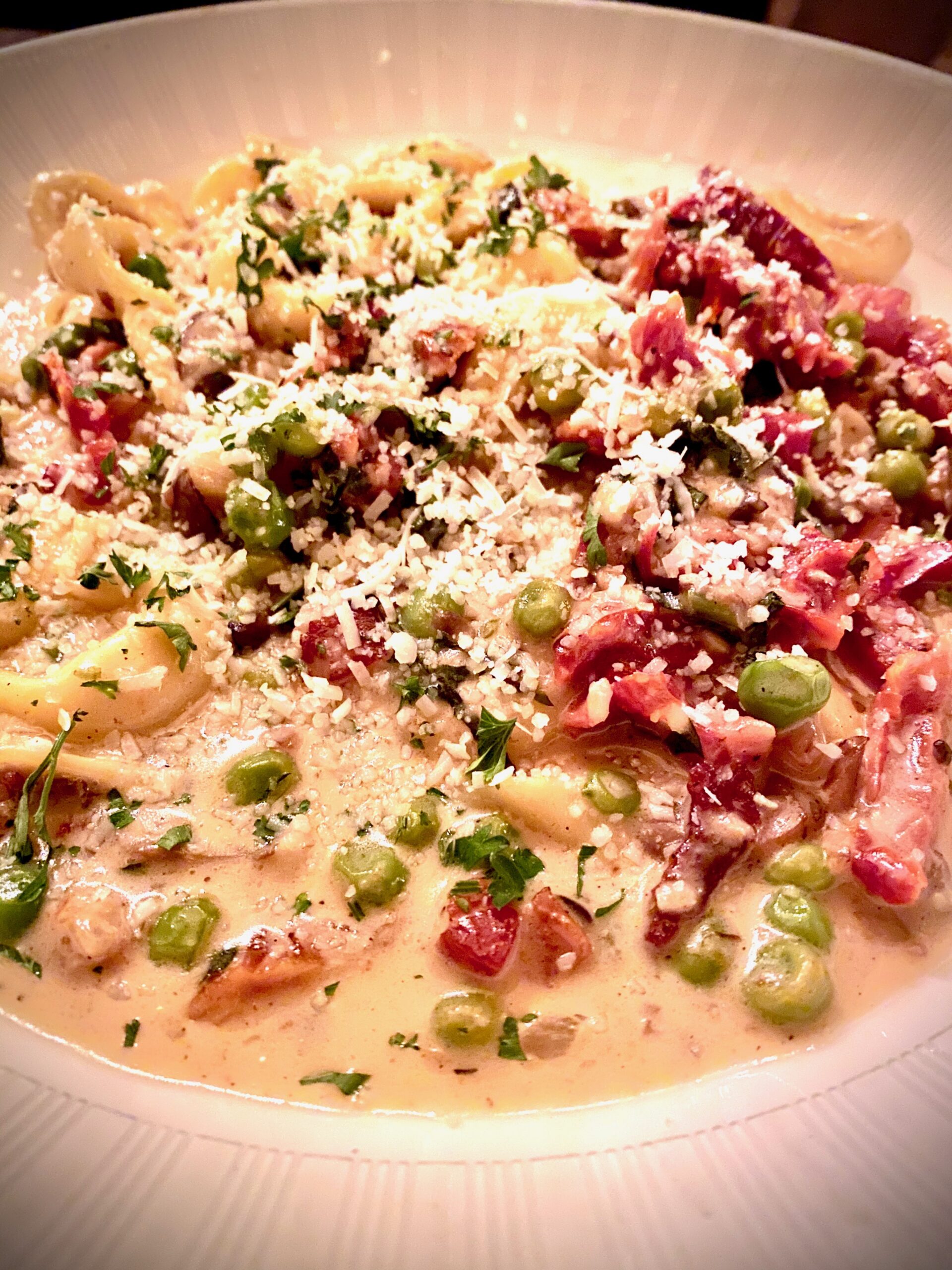 Osteria Cicchetti is, and always has been predictably and consistently delicious. This awesome meal was no exception and yet another reminder why “The O.C.” is so popular. 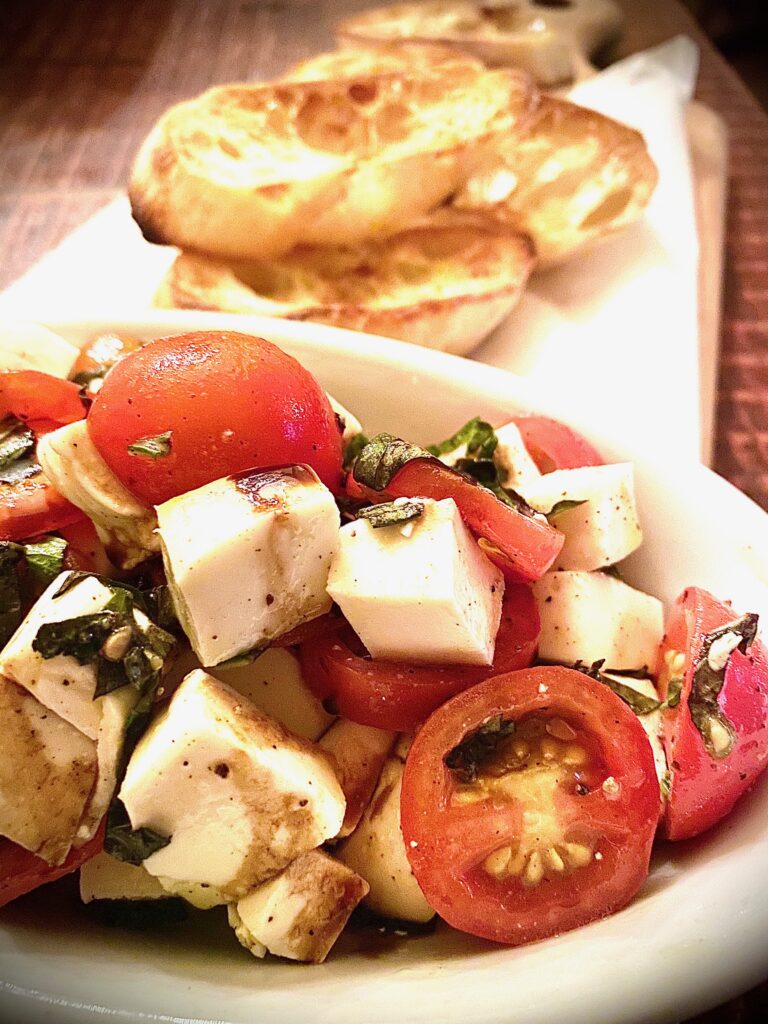 One can not, and should not, eat at the OC without starting with the Tomato Bruschetta. Pretty sure there are federal, state or local laws mandating this appetizer and if there aren’t any laws in the books, there should be. 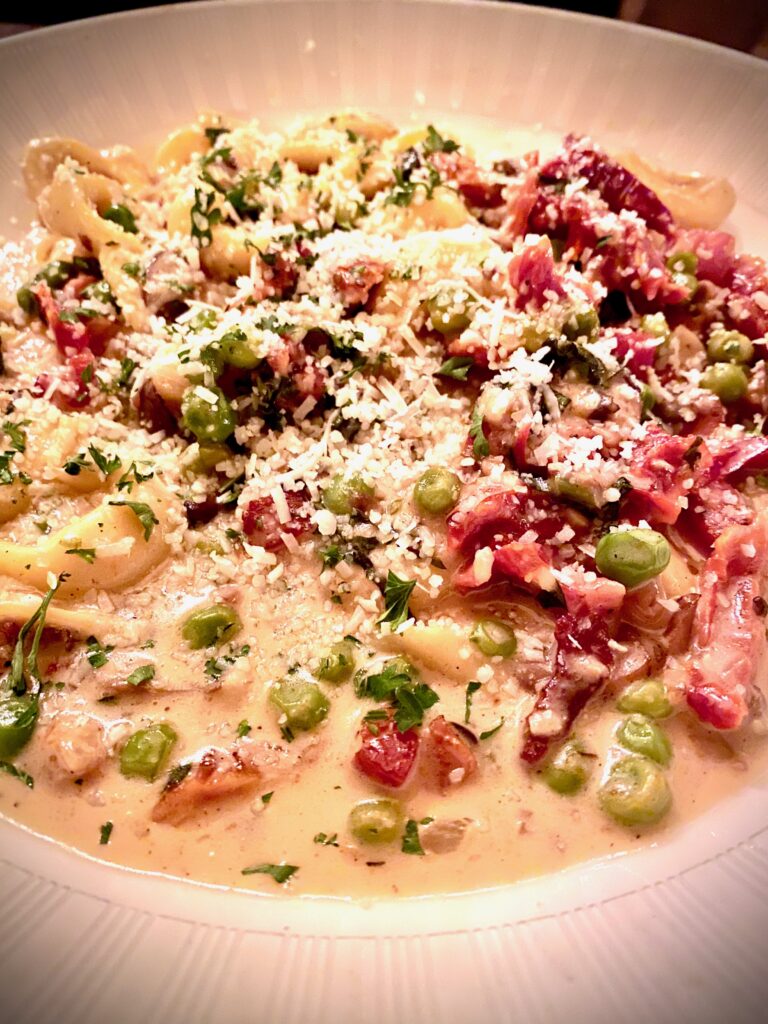 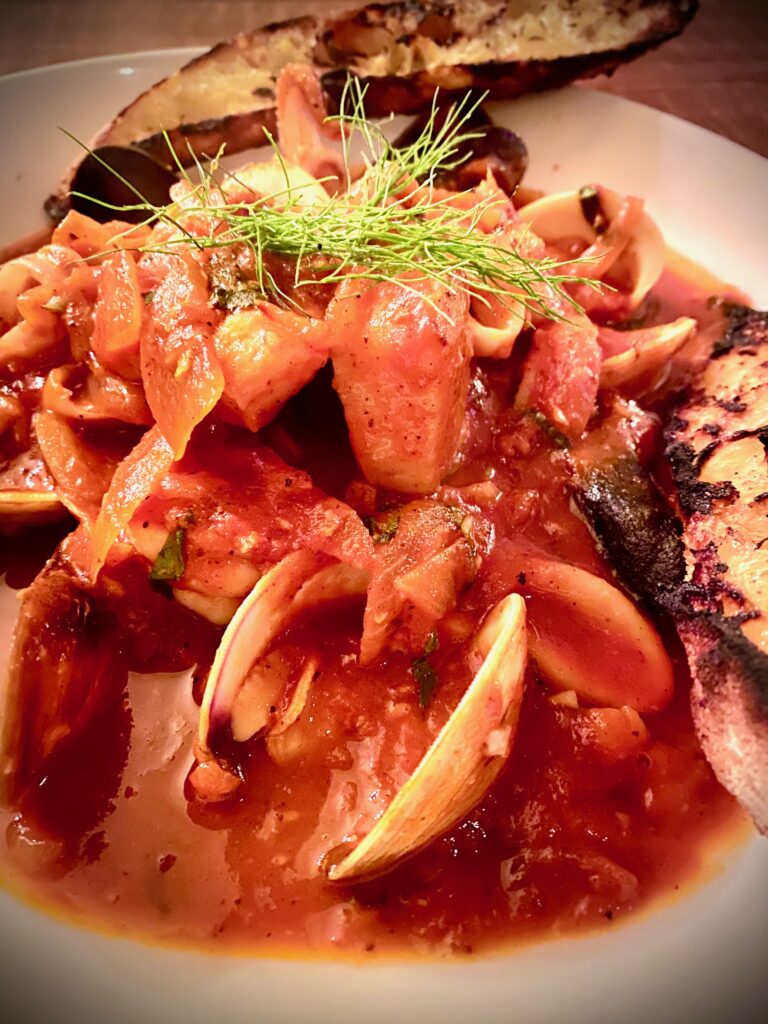 After waking up the taste buds with the Bruschetta, two home run entrees arrived at the table and I was reminded why OC is always a good call.

The first, Tortelloni Michelangelo, had pancetta, mushrooms, peas, sun dried tomatoes and Parmesan cream. Hearty, yet delicate in the balance of flavors, it was certainly a reminder of why the O.C. has enjoyed such popularity. I opted for the Cioppino, a tomato broth with boat loads of fish, clams, shrimp, scallops, mussels and calamari served with grilled bread, the perfect vessel to enjoy this dish with.

Comfortably full and certainly pleased with the choice of OC for dinner, I made a valiant attempt at leaving the beautiful ambiance of the restaurant but I was quickly derailed by the dessert menu. 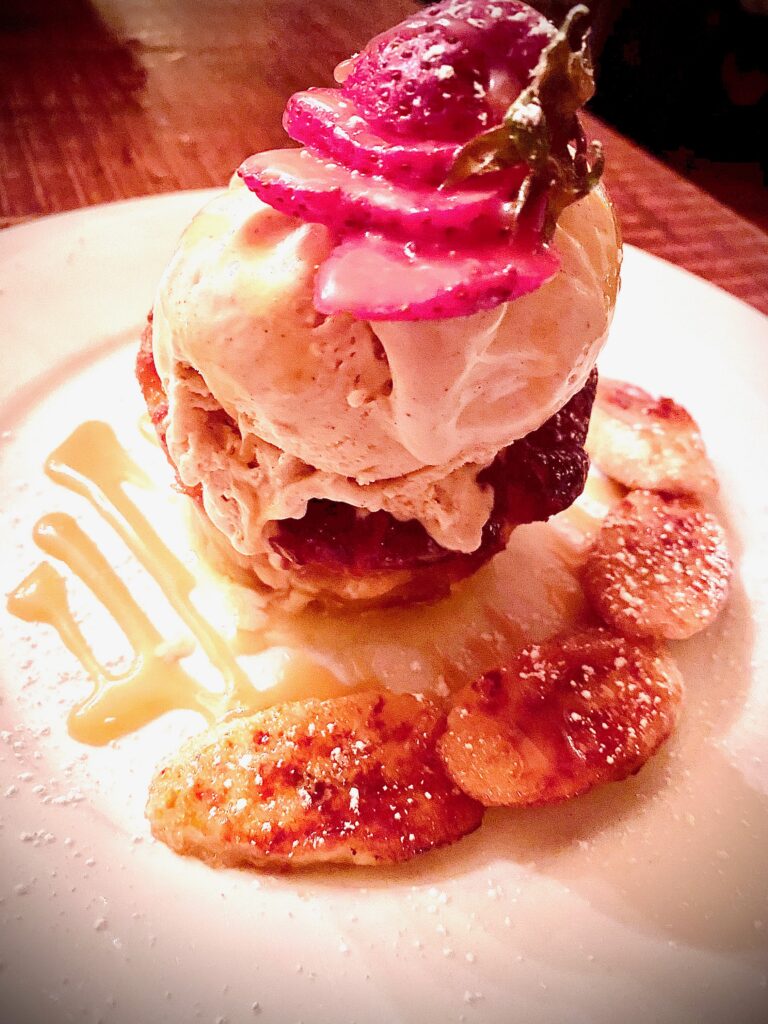 A nanosecond later, white chocolate bread pudding was paraded before me and I considered it a personal challenge. A few luxurious bites later it was a challenge I’m glad I took and another amazing Osteria Cicchetti meal came to an end.

Consistently and predictably delicious are attributes any restaurant would strive for but Osteria Cicchetti in The Forum, Wilmington, just considers them the way they do business. And that, my friends, is why everyone loves “The O.C.” so much! 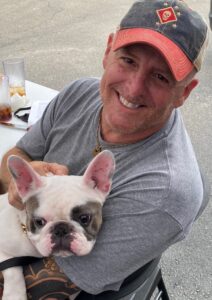 Contributing blogger: Ed Walsh grew up in Las Vegas, the son of an accomplished chef. Traipsing all over the world to more than 35 countries during a 21 year Marine Corps career allowed Ed to sample and appreciate all types of food from grass hut family dining to Michelin star rated fine dining restaurants. “I know my way around a dinner plate and I just like what I like,” he says. Asked what his absolute favorite dish from all of his international travels was, Ed quickly says it was his Mom’s spaghetti. Ed considers tacos to be his spirit animal and enjoys long romantic walks to the taco truck. He also loves spending time with awesome food almost as much as he enjoys spending time with his awesome kids. (at left, Ed with Iron Clad Kitchen mascot, Biscuit)